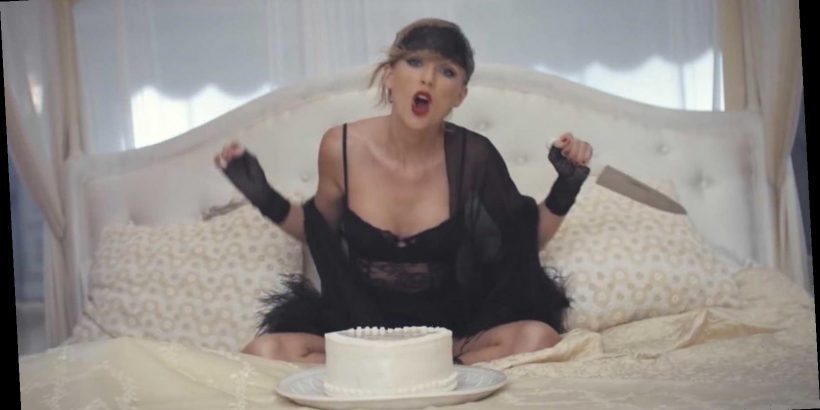 Although pop superstar Taylor Swift’s relationship with actor Joe Alywn has been largely kept out of the purview of public speculation, there was a time when the “Willow” singer found her romantic life open to constant scrutiny. Swift, who released two albums within six months in 2020 — Folklore and Evermore — was arguably not blameless in the media’s interest in her dating partners. After all, the songwriter has laced very specific clues referencing famous paramours in her lyrics over the years, Rolling Stone detailed in 2016. Her 2012 song “Dear John,” for example, apparently “humiliated” its titular subject, musician John Mayer, enough to earn his musical rebuttal, “Paper Dolls,” in 2013, Vanity Fair reported.

By 2013, as The New York Times wrote, the media, general public, and perhaps Swift herself, had seemingly painted the prolific lyricist into a corner — one of a serial dater who might seek out romances just to write about their inevitable failures. At the 2013 Golden Globe awards, The Times recalled, hosts Tina Fey and Amy Poehler joked that Swift, who was in the audience that night, should “stay away from Michael J. Fox’s son,” that year’s Mr. Golden Globe, and that she could use “some ‘me time’ to learn about herself.” (Swift’s on-camera reaction was a less-than-amused smirk.)

Befitting Swift’s M.O., she wrote a song about the media’s turn on their fixation with her love life, “Blank Space.” Read on to find out the real meaning behind her hit 2014 single.

A therapeutic joke became one of Taylor Swift's biggest hits

“Blank Space,” the second single off Taylor Swift’s 2014 album 1989, remains, as of July 2020, one of her biggest hits. The song was apparently born out of Swift’s therapeutic need to express self-deprecating humor, according to the singer’s 2014 performance at the GRAMMY museum. She explained that the media’s portrayal of her as “a psycho serial dater girl” was, at first, disheartening. “My first reaction was to be like, ‘man that’s a bummer, this isn’t fun for me,'” Swift told the live audience. “But then my second reaction ended up being, ‘hey that’s actually kind of a really interesting character they’re writing about. She jetsets around the world collecting men… but she’s so clingy that they leave and she cries, and then she gets another one in her web and she… locks them in her mansion,'” Swift continued.

Sure enough, in the song’s music video, Swift portrays this histrionic, media-invented “Taylor Swift,” a girl who enjoys a dreamy honeymoon phase with her boyfriend (portrayed by top model Sean O’Pry) in a gilded mansion before finding seemingly suspicious activity on his phone (which she drops into the pool, of course). Enter crying jags on the floor replete with runny mascara and angrily scissoring holes into the boyfriend’s shirt.

“Half the people got the joke, half the people really think that I was, like, really owning the act that I’m a psychopath,” Swift laughingly told NME in 2015. You have to love a girl with a snarky sense of humor!