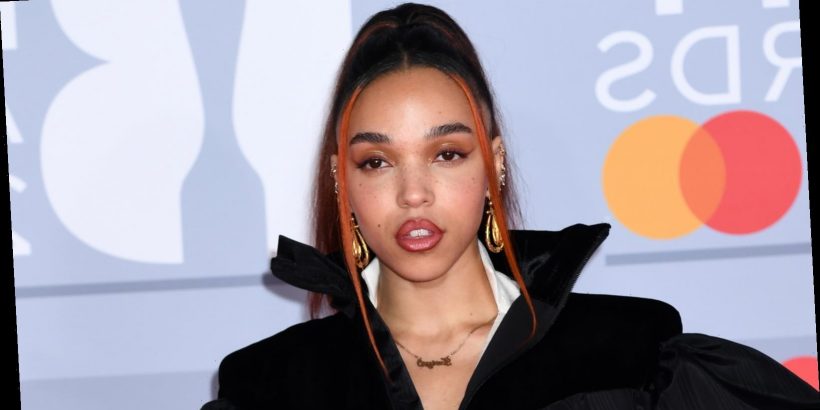 Just one month after songstress FKA Twigs filed a lawsuit against ex-boyfriend Shia LaBeouf accusing him of “sexual battery, assault, and infliction of emotional distress,” Twigs is continuing to speak out through song. The artist (born Tahliah Debrett Barnett) released her latest single “Don’t Judge Me” with Headie One and Fred Again on Jan. 26, 2021.

“So proud to release don’t judge me into the world. this project is very personal and special to me,” Twigs wrote on Instagram with a clip from the track’s music video. “It was an honour to shoot with Kara walker’s fountain [an art installation at London’s Tate Modern art museum] exploring the interconnection of black history between Africa, America and Europe.” In the clip, Twigs can be seen running to a door before being repelled backwards as she performed a lyrical dance routine, similar to LaBeouf in Sia’s “Elastic Heart” music video.

Twigs’ song perhaps reflects how she felt trapped in her allegedly abusive relationship, in which she claims LaBeouf “knowingly” gave her a sexual transmitted disease and inflicted “relentless abuse,” such a strangulation. “I just thought to myself, no one is ever going to believe me. I’m unconventional and I’m a person of color who is a female,” Twigs told the New York Times after filing her lawsuit, explaining why she was hesitant to seek help and speak out. Following the lawsuit, LaBeouf shared a statement claiming, “Many of the allegations aren’t true.”

'Don't Judge Me' is an ode to racial injustice

FKA Twigs story of alleged abuse isn’t uncommon, especially for women of color. More than four in 10 black women have experienced violence at the hands of their partner, according to the Institute for Women’s Policy Research. In “Don’t Judge,” Twigs sings about the injustices Black people face, especially when Hoodie One raps, “We can walk free, but are we really walkin’ free here? / How can this be home when I feel I wanna flee here? / I can’t trust the police force and I can’t trust the media / Learned more about my people from the streets than from my teachers / There’s been a million speeches / No justice, no peace, ’cause we in pieces/ Officer, am I allowed to breathe here?”

His words are clearly a direct reference to the Black Lives Matter movement. He adds, “No more betrayal, we need permanent changes / So we can move forward without turnin’ back pages / No more feelin’ like strangers in this world that we live in.”

Twigs previously said judgment was part of the reason she was hesitant to share her story, and in her new track she repeats, “Don’t judge me.” She adds, “Hold me in your arms, say we’ll make it through/ I got a precious heart open for you / Say why you’re breakin’ for me every day / I’ll send the precious kinda love your way.” It appears Twigs hopes to help others who may be struggling by sharing her story.

If you or someone you know has been the victim of sexual assault, you can call the National Sexual Assault Hotline at 1-800-656-HOPE (4673) or visit RAINN.org for additional resources.