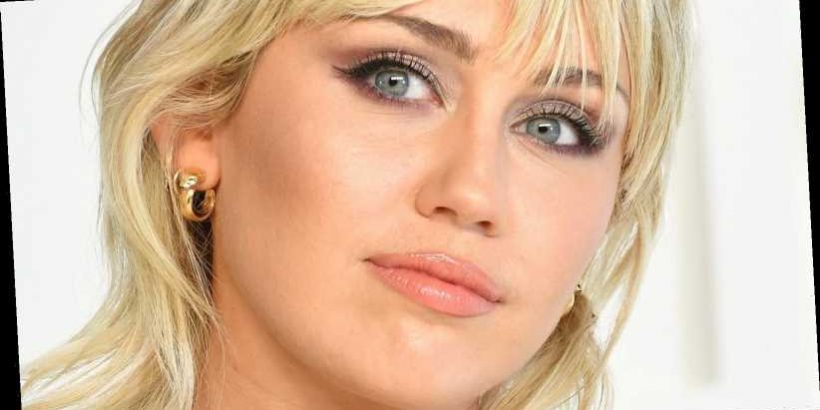 Miley Cyrus is seemingly continuing her Hannah Montana anniversary celebrations, taking time to go out on the town with friends and possibly, canoodling with a new beau? After taking to Instagram on March 24, 2021, to celebrate the 15th anniversary of the former Disney star’s hit show Hannah Montana, Cyrus threw on her Hannah Montana t-shirt for a night out in Los Angeles, where she reportedly met up with British musician Yungblud.

A source told E! News, Cyrus is “going through a phase right now” and is “all about having fun.” The source continued, “She has been writing a lot of music and has been getting inspiration from collaborating with her friends and being her true free-spirited self.”

Sources who spotted the two musicians at the Rainbow Room in Los Angeles revealed the two were “definitely flirting” and that the “Bangerz” singer has known the Brit for a while, meeting through mutual friends. So what’s going on between Miley Cyrus and Yungblud? Keep reading to find out.

Is there a spark between Miley Cyrus and Yungblud?

Actor and singer Miley Cyrus has had one hell of a past two years, with a divorce from her ex Liam Hemsworth in 2019, two back-to-back breakups with Kaitlynn Carter and Cody Simpson, and the release of her seventh studio album Plastic Hearts. Oh, and let’s not forget how a wildfire destroyed most of her music. Yet, in the new year, Cyrus seems to be taking a turn back to her “free-spirited” ways, enjoying time with family and friends.

A source close to the star revealed to E! News that, when the star was out partying in Los Angeles, she was “very happy and in her element,” even “belting out songs at the table and full of life.”‘ The insider also claimed they witnessed musician Yungblud move next to Cyrus during the night out, even getting a bit cozy with the “Malibu” artist. “There was a vibe between them and they didn’t take their eyes off of each other,” shared the source. “It definitely looked like something is going on between them.”

Despite the late-night flirting, fans shouldn’t get their hopes up too that Cyrus and Yungblud will be the next Hollywood couple. The insider added that, although “Miley and Yungblud were definitely flirting with each other,” the two “are not dating.” It was simply “a fun night out with friends,” even though there is “definitely chemistry there.”