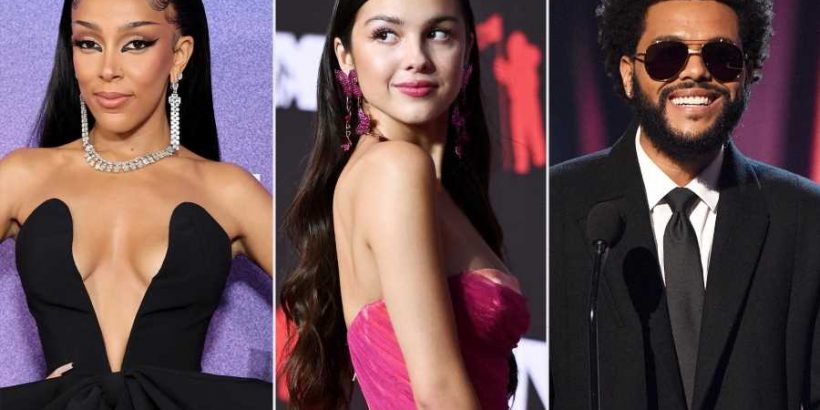 The Weeknd scooped up the most nominations (17) for this year’s Billboard Music Awards, while Doja Cat and Olivia Rodrigo followed close behind with 14 and 13 nominations, respectively.

The Weeknd's Newest Record Could Destroy Your Turntable — Or Your Extremities

'This Made Our Day': Veruca Salt Reacts to Olivia Rodrigo's Cover of 'Seether'

Nominees and winners for the Billboard Music Awards are based on various factors such as album and digital song sales, streaming numbers, radio airplay, and social engagement. The qualification period for this year’s show is April 10, 2021 through March 26, 2022, and the aforementioned metrics are tracked by Billboard and its various data partners. (Billboard and Rolling Stone share the same parent company, PMRC.)

Other top nominees at the BBMAs this year include Drake, who’s up for 11 categories and is already the most decorated artist in the show’s history with 29 wins. Swift, however, has 25 wins, meaning she could surpass Drake if she takes home enough of her seven prizes (she’s even nominated twice in the Top Country Album category for the “Taylor’s Versions” of Red and Fearless). Bieber also has a chance to add to his 21 BBMA wins thanks to his 13 nominations this year.

The BBMAs will be broadcast live on May 15 at 8 p.m. ET/5 p.m. PT on NBC (they’ll also stream live on Peacock). The show, which is open to the public, will take place at the MGM Grand Garden Arena in Las Vegas; tickets are on sale now.