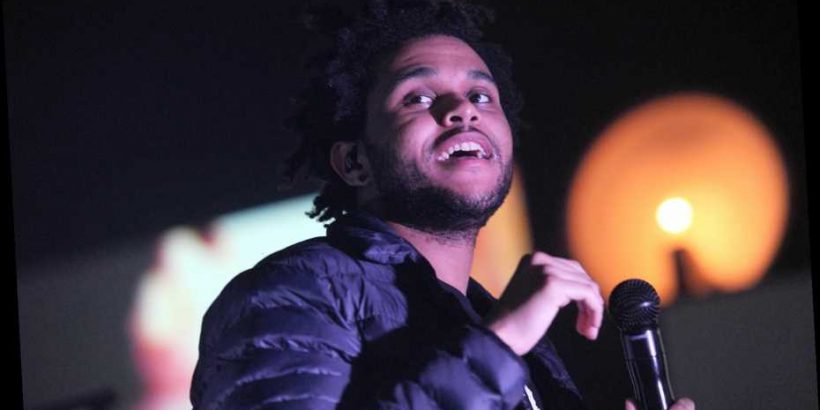 Public intrigue in the Weeknd’s dark music has officially lasted a decade. Over the weekend, the once-mysterious chart-topper re-released his 2011 debut mixtape House of Balloons in celebration of its 10th anniversary. It arrived as a reminder of a particular moment in recent history. From the start, the Weeknd was destined to experiment with genre and form. House of Balloons wasn’t even intended to be an R&B project, as it’s often thought of — likely because it was coming from a Black man with a delicate voice. In reality, the mixtape’s architects called heavily upon dream pop and post-punk to lay the groundwork for the Weeknd to become one of popular music’s most successful disruptors.

Morgan Wallen Number One on RS 200 For Ninth Straight Week

The 10 Most Bizarre Country Christmas Songs

To shape its eerie world, songs on House of Balloons sample the likes of Cocteau Twins, Aaliyah, and Siouxsie and the Banshees. The mixtape also features two prominent samples from the moody Baltimore indie rock band Beach House. “The Party & The After Party,” which speeds up their 2006 track “Master of None” as a backdrop, is the most satisfying derivative.

Stretching across nearly eight minutes, the song offers a bright reprieve from the mixtape’s dreary soundscape, feeling like a hazy walk through a trippy circus. “Hold your drink, baby, don’t you fall,” the Weeknd urges, luring someone into his world. Laying hip-hop snaps and coercive lyrics over “Master of None” in its first half, “The Party & The After Party” soon unravels into something less reliant on the sample, a jam-session confessional over crunchy guitar and crashing drums. The Weeknd riffs like he’s waking from a drugged-out romp, crazed and needy. His layers of sultry adlibs, an extension of his pleads for sex, are smooth and expansive. He explodes “Master of None” into a new and all-encompassing blend of rap, rock, and pop.

Around the time House of Balloons arrived, other hip-hop and R&B performers had brought rock and pop into their fold. Just a month prior to the Weeknd’s debut came Frank Ocean’s first mixtape, Nostalgia, Ultra., where he remade songs by Coldplay, MGMT and Mr. Hudson. The year prior, Kanye West released My Beautiful Dark Twisted Fantasy, featuring folk darling Justin Vernon of Bon Iver. Even Michael Jackson called upon Billy Idol’s hard rock guitarist Steve Stevens for “Dirty Diana,” which decades later would serve as inspiration for much of the Weeknd oeuvre. While House of Balloons is novel in its cohesion and commitment to the sinister, The Weeknd was not alone as a Black artist employing “white” music to create something wholly his own. His influence, though, is palpable.

For a time after House of Balloons, many artists — from Usher to Rihanna — found inspiration in the Weeknd. “Just listen to the radio. Every song is House of Balloons 2.0,” he boasted to Rolling Stone in 2015. He was able to dim a broad swatch of music with his spectral impulses, in part indebted to Beach House’s atmospheric sound. Today, the Weeknd’s use of their music on House of Balloons feels both like a work of fandom and reclamation. Modern rock and pop exist because of Black innovation but have been seen as white genres in the broad imagination. The key to pop ubiquity has often been the melding of sounds and cultures and historically often involved what looked like white artists borrowing — or stealing — from Black ones. On House of Balloons, like Michael Jackson and others before him, the Weeknd bent rock and pop to his will, and made us reimagine their image.