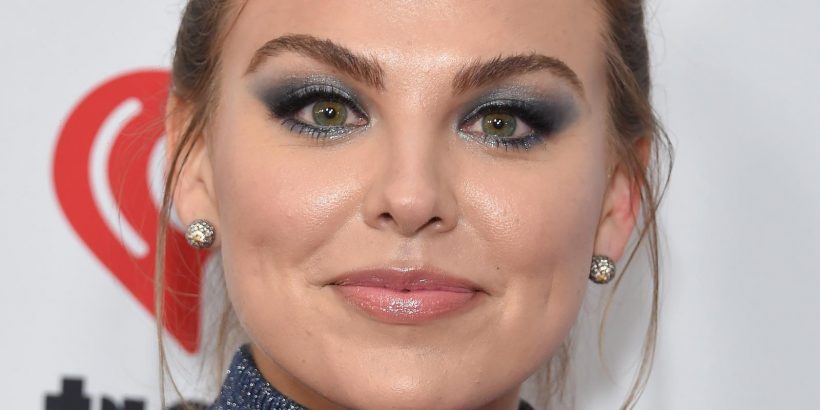 Stars! They’re just like us. Well, not really, because they’re stars, which means they’re rich and famous and can subsist wholly from hocking fit tea and teeth whitening products on Instagram — but you know what we mean. But, just like us normal people, celebrities also get starstruck.

Billie Eilish freaked out when she finally met her childhood idol, Justin Bieber, despite the fact that she’s probably the most popular performer in the world right now. Ariana Grande was in tears upon meeting Jim Carrey in 2014. “I met him, and like, cried,” she admitted on “Live with Kelly and Michael” a year later.

This brings us to Hannah Brown, star of “The Bachelorette’s” 15th season, and all-around franchise favorite. Plenty of people have a crush on Hannah, but Hannah’s #WCW is Taylor Swift. In a YouTube video Hannah opened up about an embarrassing moment when she tried to slide into the superstars DMs and things didn’t go quite as planned.

Read on to find out what led Hannah to change her mind and try her best to hide those messages from her pop star idol.

Hannah Brown was mortified by what she said to Taylor Swift

Hannah Brown admitted to fangirling a little too hard over Taylor Swift when playing a game of “Never Have I Ever” with her boyfriend, Adam Woolard, in a May YouTube video. When asked if she’d ever slid into someone’s DMs, Hannah laughed and explained that she wasn’t one to chase men. Girl crushes, though, are a whole different ball game.

Hannah confirmed that she’d once tried to hit up Swift via DM and almost instantly regretted it. “It’s usually girls that I’m like, obsessed with. Like Taylor Swift,” she explained. “Oh my God, if she saw,” said Hannah blushing and breaking to a fit of giggles. “I had to go back and like, take away some of my messages that I sent her.”

Hannah remained tight-lipped about the exact nature of the incriminating messages, but whatever they were, they were cringe-worthy enough to make the reality star second guess herself. Did Swift ever respond? It doesn’t sound like it, but we’re hoping Hannah tries to slide into her DMs again sometime soon, and hopefully this time, things go a little more smoothly.