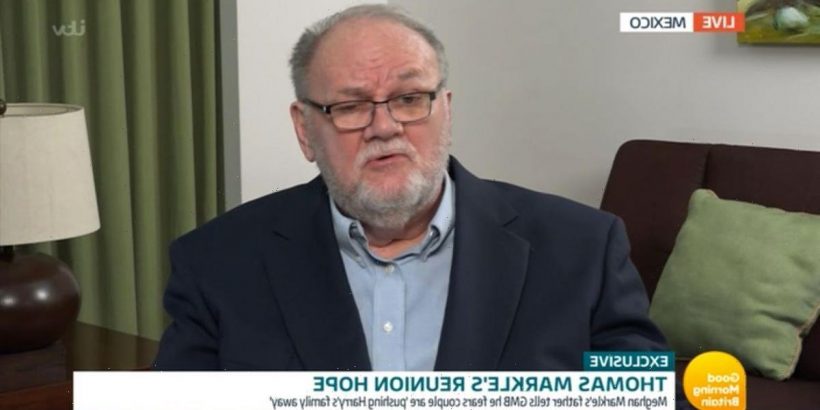 Thomas Markle seems to have made plenty of cash in recent years and he is often in the news for giving his opinions on his daughter Meghan Markle and her husband Prince Harry.

The nature of the news is often infamously bitter – Thomas isn't exactly complimentary of his daughter.

On Good Morning Britain, he recently branded Meghan as 'childish' and said he believes he could sue her to see his grandchildren.

The man who has often been accused of cashing in on his daughter said: "I’ve been told by several lawyers that grandparents have sued to see their grandchildren and won in California but I’m not going to do that.

"I don’t want to involve my grandchildren as pawns in a game, they’re not part of the game."

The rift between Thomas and his daughter began some years ago, but his frequent TV appearances seem to have made their relationship worse.

In 2018, it was revealed that Thomas had been in talks with a paparazzi photographer over staged photos.

"I've made it quite clear that until I hear from her, till she does speak to me that I'll continue to do this, and eventually sooner or later she should start talking to me," he said.

"This is way too childish, this is kind of silly, you know it's time to talk with each other, we're family. The kids are gonna grow up without knowing that they have two families. This is more than just me and my daughter now.

"This is me, my daughter, her husband, and two babies involved, so it's time to do something, it's time to talk."

What is Thomas Markle's net worth?

Former lighting director Thomas Markle is estimated to have a wealth of $2 million, according to Wealthy Persons.

His wealth is earned primarily through the paid interview that it is believed have caused the rift between him and his daughter. He also admitted that he still makes money from the staged photographs.

He was born in Newport, Pennsylvania in the United States in 1944.

His next wife was Doria Ragland, who he married in 1979 and the pair had one daughter, Rachel Meghan in 1981.

Of his ex-wife Doria, Thomas said: "I've tried a few times. I don't even know where her mother is at this point.

"I don't think she's in Los Angeles or with Meghan and Harry, I don't know where she's at, but I have tried to contact her."

Back to speaking about his 40-year-old daughter, Thomas continued: "I don't know what's changed her, she's never been that way before and once she hooked up with Harry, she changed.