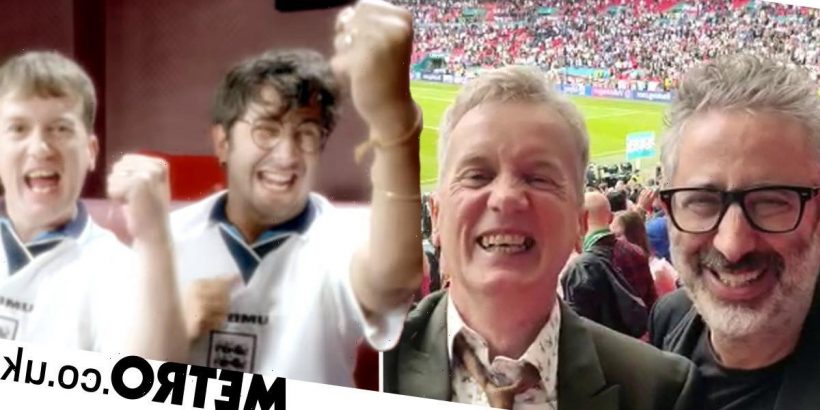 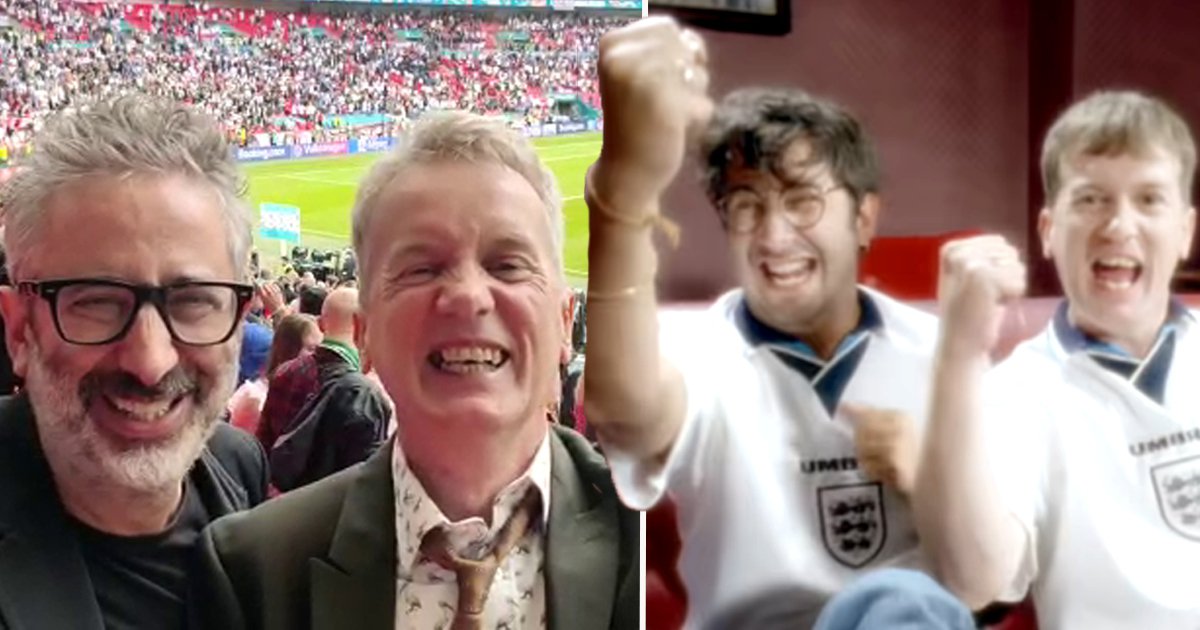 Football anthems are flooding the charts ahead of England’s clash with Italy on Sunday, and of course the charge is being led by Three Lions.

As it looks like football really, truly could finally (whisper it) come home, Three Lions (Football’s Coming Home) by Baddiel, Skinner and The Lightning Seeds has charged up to the charts into the top five ahead of the Euro 2020 final at Wembley.

It now sits at number four in the charts, up from 22 last week, according to the Official Charts Company.

Frank and David are set to reunite with The Lightning Seeds for an epic performance of Three Lions on Friday’s The Last Leg on Channel 4, potentially heralding the end of 55 years of hurt for fans.

Vindaloo by Fat Les, another 90s footie banger, has also re-entered the top 40 at number 36, its highest chart peak since 2010.

Meanwhile, Neil Diamond’s 1971 hit Sweet Caroline, which has become an unofficial anthem of the tournament and was sung by fans and players on the pitch after England’s win on Wednesday against Denmark, re-enters at 48.

The actual official England Euro 2020 anthem. Ole (We Are England) by Krept & Konan, S1lva and M1llionz, is new at 59, and New Order’s 1990 chart-topper World In Motion follows hot on its heels at 61.

Atomic Kitten also got into the football swing of things after their 2000 hit Whole Again was given a new lease of life when football fans changed the lyrics for the 2018 World Cup.

Reuniting to give the people what they wanted, Natasha Hamilton, 38, Liz McClarnon, 40 and Jenny Frost, 43, officially released Southgate You’re The One (Football’s Coming Home Again) on Tuesday, and it’s new at 86.

There are spots for songs at the top of the charts that aren’t football related, with Ed Sheeran’s Bad Habits holding steady, un-usurped, at number one, while Olivia Rodrigo’s Good 4 U hangs on to second place.

Heartbreak Anthem by Galantis, David Guetta and Little Mix climbs has climbed to three, while everyone’s favourite Eurovision winners Måneskin are still at number five with I Wanna Be Your Slave.