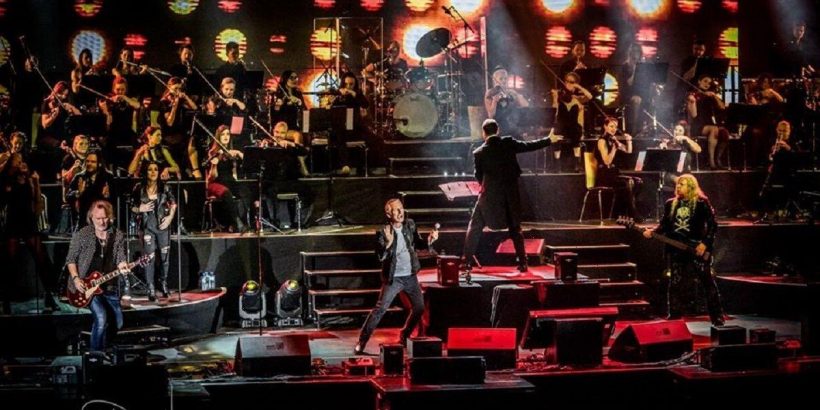 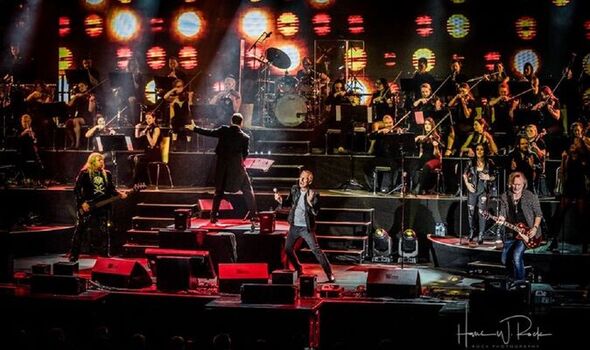 The band’s latest album Dopamine crashed into the Top five album charts this week and they head out on their biggest ever UK arena tour later this month. But after a 30 year career lead singer Danny Bowes and guitarist Luke Morley say they fear there might not be a next generation of British stars to delight music fans around the world.

Throwing their support behind the Daily Express’ Strike A Chord campaign the evergreen duo say they have been left “totally stunned” by our revelations that many children in primary schools no longer even participate in communal singing, while one major UK city currently has no child studying music A-Level.

Luke, 61, said: “Tragically this erosion of music as a subject of worth has been going on for decades. If people don’t value it enough to give schools the resources they need to do anything about it then we are stuffed.

“We are talking about real fundamental change that is needed, otherwise everything we just take for granted could be gone. We could wake up one day and our music industry has vanished.

“We need people to realise the importance and value of this wonderful industry and what it means to not only this country’s cultural history, but also its cultural future. You can’t look at everything our politicians like to celebrate about the UK and just take it for granted. You have to invest in things to make them grow and to devalue music education as is happening at the moment is just criminal.”

Danny, 62, who also hosts a radio show on Planet Rock, said: “There is so much we gained as kids in terms of confidence as a result of being in a band. I was a very shy child who hid behind the sofa when people visited. It was only when I got into a band that my whole life changed. My personality blossomed and now I’m a megalomaniac.

“Music is a way of learning the skill to communicate with people and it gives you confidence to go on and flourish in many other things.

“I owe my life to music, not just my livelihood.”

The pair met on their first day of high school in London and their enduring 50 year friendship has been at the heart of one of Britain’s most enduring heavy rock acts.

But Luke says it is vital that people appreciate music is not just about artists touring the world, but the life-long benefits it can give to a child who has been given the opportunity to learn an instrument at school.

The Express campaign is calling for music to be made a core subject in secondary schools and for primary’s to adopt a ‘Five A Day’ approach to giving children five minutes of singing every day.

He added: “We are now much more aware of things such as mental health and well-being and alongside the proven educational benefits of music, the social aspect of making music cannot be overstated.

“You are learning to do something with a bunch of other people, this gets to the very heart of the way in which humans interact – the principle of lots of people pulling together to achieve a common goal.

“When you think about it, it’s all basic educational stuff. Working together to solve problems, cooperating, overcoming differences –these are all things that music can give you. And to top it off you come out of it hopefully with a piece of work that makes other people happy.”