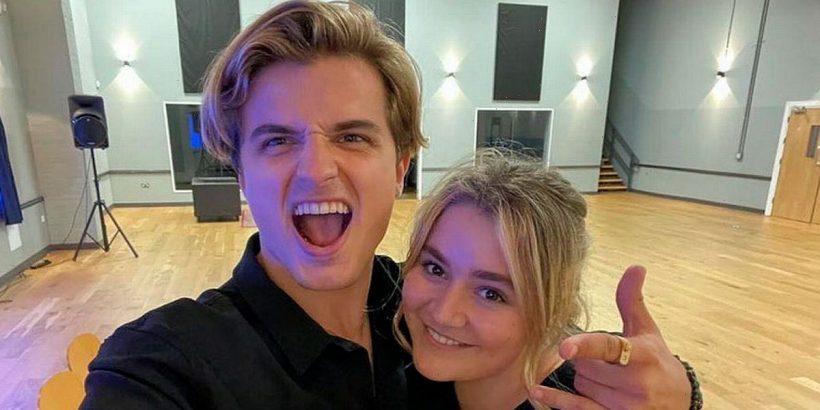 Tilly Ramsay has wowed her followers with her dancing skills by posting to her Tik Tok page.

The star posted a video showing a sneak peek of how her and her Strictly Come Dancing partner Nikita Kuzmin have been getting on in their training sessions.

Before announcing that she would be appearing on the latest series of Strictly Tilly would often post dance videos on Tik Tok, sometimes alongside her famous dad Gordon Ramsay.

Fans have praised Till on her dancing skills on her latest video.

One person commented: "This is iconic, I am full team Tilita."

A second person said: "I wonder if this is the dance for Strictly, I can't wait to watch Strictly Come Dancing." as another commented: "Love this song, it's looking good can't wait for Saturday."

Saturday will be the first time that all the new couples will perform on their own after just doing a group performance in the first opening show last weekend.

Last week's programme showed the coupling up of all the pairs and an insight into how they were feeling about competing on the show and what the intense training had in store for all of them.

It has been revealed that Tilly and her partner Nikita will be performing the Waltz to Camila Cabello's Consequences, which is the dance that Tilly said she wanted to learn most in last Saturday's show.

Tilly recently revealed that her dad Gordon Rasmay was "really upset" after finding out she was getting a new dance parter for the show.

The father and daughter duo usually make TikTok dancing videos together but she will now be spending her spare time with Nikita.

Tilly recently said: "I think it’d be great to see him dance [on the show].

The Strictly star also told Radio Times that despite moving on to Nikita she still plans on grooving with Gordon,

She revealed that he asked her: "‘But you will still dance with me?’ And I’m like, ‘Maybe you’ll have to go and find a dance partner, Dad’.”

The young star also went on to detail her parents’ thoughts about her upcoming performances with Nikita.

She said of her mum Tana Ramsay: “I think my mum is really nervous, but excited — and just trying to show the excited part.

Tilly also went on to state that =Gordon was over-the-moon excited.

She added: "Honestly, every day, without fail, I wake up to him calling me, playing the Strictly theme tune and trying to dance around my room, and I’m like, ‘No, stop!’