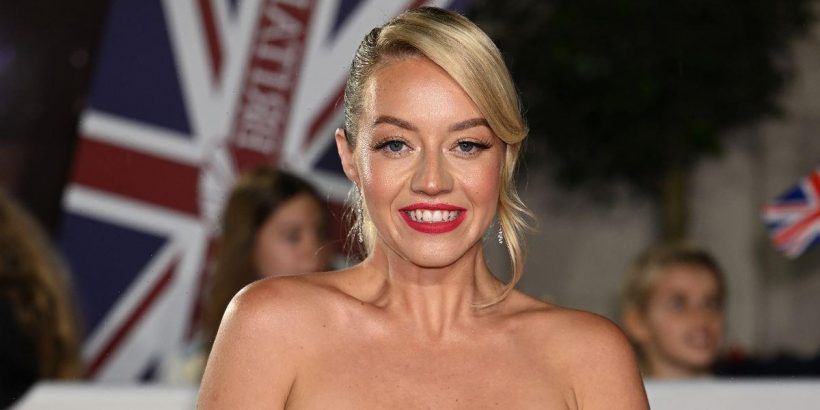 Kelsey Parker, the widow of late The Wanted star Tom Parker, is understood to have found have love again.

The 32-year old was left heartbroken when her husband singer lost his battle with terminal brain cancer in March, aged just 33.

Now, Kelsey, who shared children Aurelia, three, and Bodhi, two, with Tom, is reported to have began a relationship with electrician Sean Boggans, whom she met whilst holidaying in Rhodes, Greece.

The tradesman, 39, is comforting Kelsey, who had understandably admitted to finding life tough in the wake of Tom's death.

A source told Daily Mail: "It's very early days and no one knows what the future will bring. For now, Kelsey is happy that someone else has come into her life."

Sources claim the pair recently attended the wedding of one of Sean's relatives, and showed off some public display of affection.

Kelsey, meanwhile, recently shared an emotional post to mark what would have been her late husband’s 34th birthday, as she opened up about her "really tough day" online.

She took to Instagram to thank her loyal legion of fans for the hundreds of sweet messages of support she had received throughout the day in question.

She wrote: "Not going to lie, it started as a really tough day, feeling pretty fed up with the world but thankfully this lovely lot have lifted my spirits.

"@k2kstars [K2K Stars Performing Arts Academy] trip to see 101 Dalmatian's at Regent’s Park, how can their voices not fill you with a bit of joy."

She added: "Happy Birthday up there my love, miss you more and more each day. I know you will be proud of me and your babies [love heart emoji, sparkle emoji and prayer emoji]."