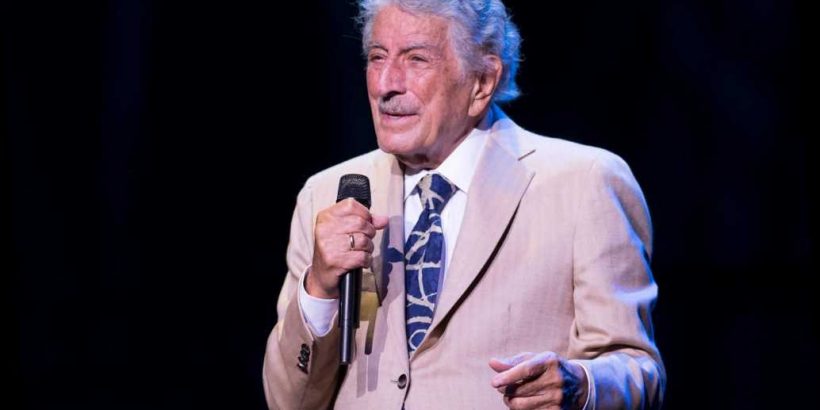 Tony Bennett's Alzheimer's disease diagnosis has not stopped him from pursuing his passion.

In a new profile for AARP The Magazine, Bennett's neurologist, Gayatri Devi, said that his patient has still successfully pursued his decades-long music career, going on tour as recently as 2019, after being diagnosed with the neurogenerative disease in 2016. He even has concert dates scheduled for later this year, with the first in March.

"It kept him on his toes and also stimulated his brain in a significant way," Devi explained of Bennett performing, later adding, "He is doing so many things, at 94, that many people without dementia cannot do. He really is the symbol of hope for someone with a cognitive disorder."

Devi then admitted that the ongoing coronavirus pandemic took a toll on Bennett, as he was no longer able to perform.

"This has been a real blow from a cognitive perspective," the doctor told AARP. "His memory, prior to the pandemic, was so much better." Tony Bennett's Family Reveals He Was Diagnosed with Alzheimer's in 2016: "We Have Great Doctors"

"And he's not alone," Devi continued. "So many of my patients are negatively affected by the isolation, the inability to do the things that matter to them. For someone like Tony Bennett, the big high he gets from performing was very important."

With that in mind, Devi recommended to Bennett's family that he continue to rehearse twice a week. Each time, "The Good Life" singer's longtime pianist, Lee Musiker, comes over and runs through a 90-minute set with him.

"Singing is everything to him. Everything," said Bennett's wife, Susan Benedetto. "It has saved his life many times."

Alzheimer's is a brain disease characterized by progressive memory loss and can often lead to dementia, per alz.org. Many of those who suffer from the disease end up losing their ability to speak, understand and recognize their loved ones. Want to get the biggest stories from PEOPLE every weekday? Subscribe to our new podcast, PEOPLE Every Day, to get the essential celebrity, entertainment and human interest news stories Monday through Friday. Get a taste of the podcast below.

According to AARP's profile, Bennett is still capable of recognizing his friends and family and has been spared some of the worst symptoms of Alzheimer's — such as episodes of rage, terror and depression.

The legendary musician's family said in the profile that he was officially diagnosed with Alzheimer's in 2016, and opened up about why they opted to come forward and share his story now.

Benedetto said that they made the difficult decision to go public about his diagnosis without Bennett's input, as he is "incapable of understanding the disease," AARP reports.

The "Rags to Riches" singer's Twitter account shared a note about the news on Monday, writing, "Life is a gift — even with Alzheimer's. Thank you to Susan and my family for their support, and @AARP The Magazine for telling my story."