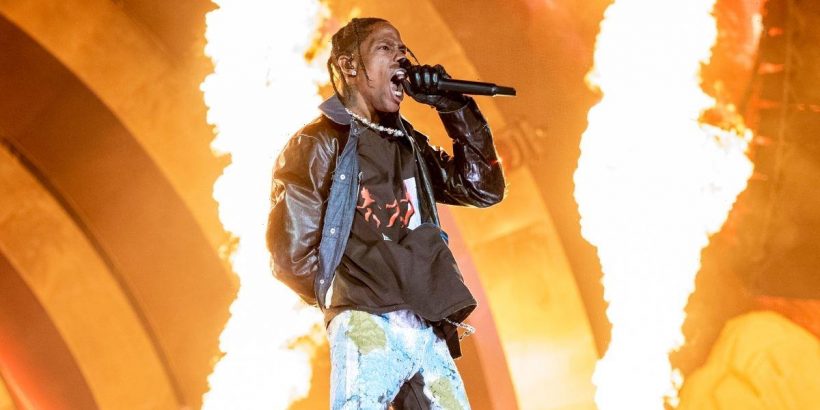 One of the eight victims who died at Travis Scott's Astroworld Festival was just 14 years old, reports say.

Eight people tragically passed away during a fatal crowd surge at the two-day festival in Houston, Texas on Friday (November 5).

It has now been reported by Reuters that the people killed in the incident were between the ages of 14 and 27.

The horror surge took place whilst Travis was performing his 75-minute set around 9pm on Friday at the festival, which has now been cancelled.

The rapper, who founded the festival, had to stop his set a number of times in order to try and help struggling fans in the crowd.

Several fans were also seriously injured during the crush, with twenty-five people having been rushed to the hospital.

At this time, 13 are still undergoing treatment and five of them are under the age of 18.

Houston Fire Department took 17 people to hospitals, eleven of which had been suffering cardiac arrests.

Travis took to Twitter today and said that he was "devastated" at the tragic incident.

In an emotional statement, he said: "I am absolutely devastated by what took place last night. My prayers go out to the families and all those impacted by what happened at Astroworld Festival,"

He added: "Houston PD has my total support as they continue to look into this tragic loss of life.

"I am committed to working together with the Houston community to heal and support the families in need. Thank you to Houston PD, Fire Department and the NRG Park for their immediate response and support.

Houston police Chief Troy Finner said: "We had at least eight confirmed fatalities tonight and scores of individuals that were injured.

"The crowd began to compress towards the front of the stage, and that caused some panic, and it started causing some injuries. People began to fall out, become unconscious, and it created additional panic."

Harrowing footage from the surge showed paramedics trying to perform CPR on people int he crowd.

Other clips showed ambulance carts making their way through the audience as the music continued.

Police officials confirmed at a press conference on Saturday (November 6): "We had at least eight confirmed fatalities tonight.

"And we had scores of individuals who were injured here in this event.

"At approximately 9/9.15 the crowd began to compress towards the front of the stage.

"The mass casualty event was triggered at around 9.38pm."

You can also follow us on Twitter @DailyStar to get the latest news updates 24 hours a day.

You can also sign up to our showbiz, sport and lifestyle newsletters by clicking here