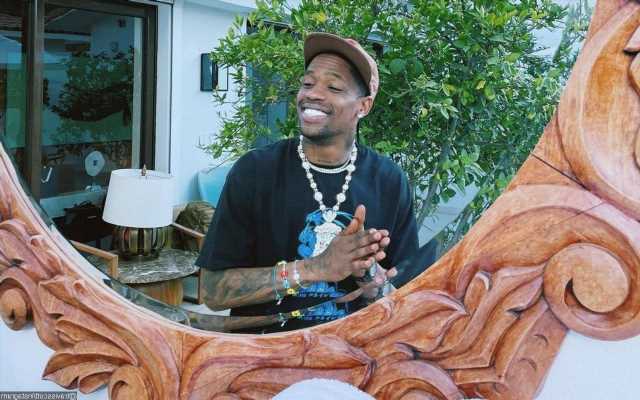 Responding to the lawsuit filed by Mickael Mehala against the ‘SICKO MODE’ hitmaker, the rapper’s attorney points out that his client ‘never released an album’ with that title.

AceShowbiz –Travis Scott (II) has been hit with another lawsuit, but this time, it’s not related to his Astroworld Festival. The “SICKO MODE” hitmaker was accused of stealing Mickael Mehala’s art for his project “Travi$ La Flame”. The rapper’s lawyer, however, didn’t waste time denying the accusation.

“This is clearly a frivolous and baseless filing,” the 30-year-old’s lawyer Ed McPherson said in a statement to TMZ on Wednesday, January 12. “Anyone with access to the internet can tell you that Travis never released an album named ‘La Flame’.”

Ed went on explaining, “The illustration in question was fan-made, and was uploaded to streaming services by those fans, something that any user has the option of doing.” The attorney further stated that “streaming services quickly removed it after they realized that certain people were trying to pass this off as a legitimate album cover,” before adding, “We look forward to responding to this case and obtaining a quick dismissal.”

Mickael, also known as Black Childish, sued Travis over an original artwork depicting the artist as a centaur in the desert. Mickael claimed he designed the work in 2015 and shared it with Travis via Instagram in 2018 but never received a reply. Mickael then said that he noticed the art was being used in conjunction with Travis’ unofficial compilation release, “Travi$ La Flame”.

In the legal docs obtained by TMZ, Mickael noted he formally registered a copyright for the art in February 2019. In addition, Mickael is suing Kylie Jenner‘s baby daddy for “hundreds of thousands of dollars.”

The “Travi$ La Flame” compilation project stems from 2016 and features songs from Travis’ “Days Before Rodeo” mixtape. The project is currently unavailable on DSPs, including Apple Music and Spotify. However, a Tidal upload of the compilation remains active.

Aside from the “Trav$ La Flame” lawsuit, Travis himself is facing billions worth of suits over the fatal Astroworld crowd surge last November. So far, nearly 2,800 plaintiffs have filed lawsuits against parties, including Live Nation, Drake, NRG Energy, the Harris County Sports Authority as well as Travis’ two companies, Jack Enterprises and Cactus Jack.

Following the tragedy, Travis’ lucrative deals with the likes of Nike and Dior were also getting postponed. Meanwhile, Anheuser-Busch, a beverage company that partnered with the “Goosebumps” rapper for popular Cacti drink, officially confirmed they ended their collaboration.