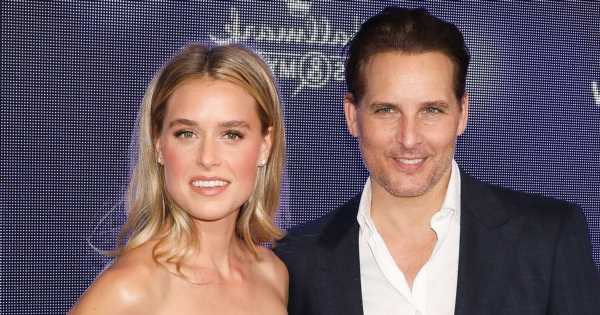 Hollywood actor Peter Facinelli and his partner Lilly Anne Harrison have announced the birth of their first child together.

The couple announced their happy news on social media, writing: "Happy 'Labor' Day. Sept 5th, 2022" along with a black and white photo of their newborn baby holding onto Peter's finger.

Many friends and fans took to Instagram to congratulate the couple, who have been engaged since 2019.

Australian actress Sarah Wynter wrote: "Sending so much love to you both. You are going to give this baby such love."

While DJ to the stars Lindsay Luv said: "We are sooooo excited!!!!!! Aahhhh can’t wait to meet this cutie : also Omg that was so quick! I asked her yesterday!) @lilyanneharrison."

While the sex of the baby has not been confirmed, a couple of comments from friends suggest that it is a boy.

Actor Ross Mccall wrote, "So unbelievably happy for you all. Welcome to the world, ‘lil man", which was met with a reply from Lindsay Luv, who said: "well the cats out of the bag now." That reply was liked by Facinelli himself.

Peter and Lilly have been together since 2016, but are yet to tie the knot.

In a previous interview with People, they revealed that the Covid-19 pandemic played a part in their wedding delay.

"I want [our wedding] to be in a world where there's no masks," Peter said.

He revealed that they "already feel married" and "have everything besides the piece of paper and the party!"

The 13 Minutes actor added that he hoped to say I Do this year, saying: "I already feel married. We have everything besides the piece of paper and the party!"

Peter appears in all five movies of the Twilight Saga as Carlisle Cullen.