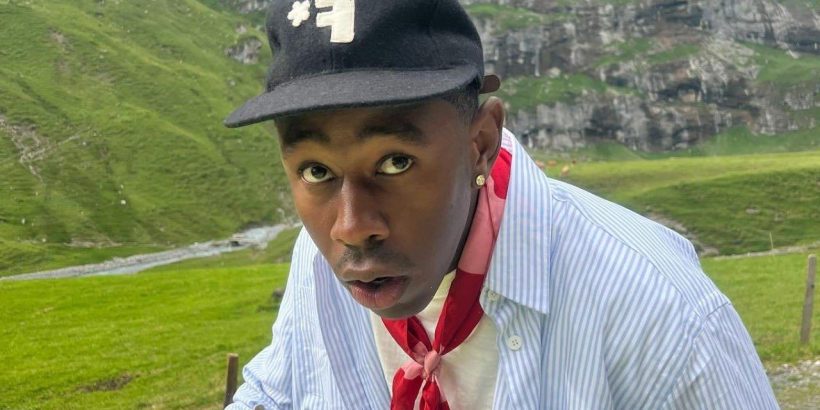 Previously, Tyler accused his former colleague Brandun Deshay, who once worked with SZA, Kendrick Lamar, Post Malone and other talented artists, of ‘selling’ his old songs in a series of wild social media posts.

AceShowbiz –Tyler, The Creator‘s old collaborator has denied stealing his unreleased music. The 31-year-old rapper-and-producer took to Twitter to claim that two former colleagues, Brandun Deshay and Tyler Major, had stolen his music and were selling it on Discord without his permission.

He alleged, “b deshay and tyler major selling old songs of mine is wild ha, all them discordd kids are sus especially 3D glass pacifist whatever the hell he called, copping stolen s*** is like damnnnn u thirsty as hell ok.” He continued, “like bruh that s*** is true personal stolen stuff and n***** is like gb gb like damn bro you that thirsty for 2 minute drafts / few hundred bucks get it together fellas. subliminal tried to get on a call like no bro, just stop, its not cool dawggy (sic).”

“I’ve done everything I wanted to in music and at this point, I just create because it’s fun,” Brandun went on saying. “I don’t even make music for money at this point in my life, so does his claim even make sense? LOL, get real.”

The pair have previously come to loggerheads. Tyler and Brandun worked on his 2009 mixtape “Bast***” and the latter’s verse was removed from one song. A year later, the producer quit Odd Future, the hip-hop outfit also comprising both Tylers, and Tyler threatened to “kill” him.

In a November 2010 tweet, he fumed, “I Swear, When I See Brandun Deshay, IM GOING TO KILL HIM. Show This To The Police For Proof Too.”

The “Tamale” rapper hasn’t disclosed whether he plans to sue the pair. Tyler Major is yet to publicly respond to the claims.