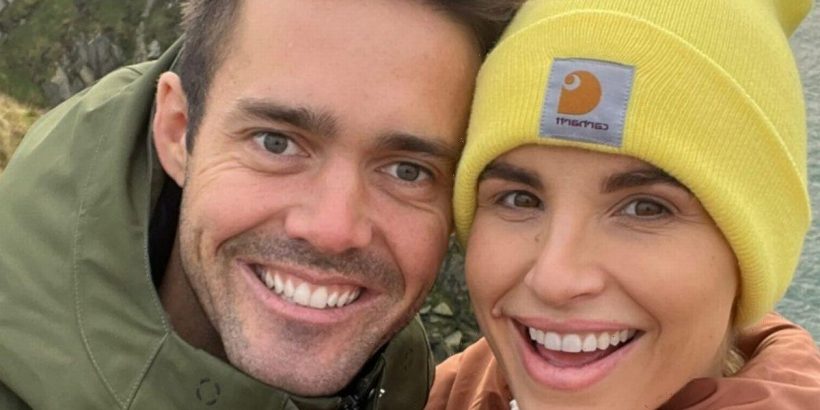 Vogue Williams has revealed that she was left fuming on a flight when a passenger refused to swap seats so that she could be closer to her family.

The Irish model and media personality is married to Spencer Matthews, a British TV personality known for his appearances on reality series Made in Chelsea.

The celebrity couple enjoy jet-setting around the world with their young family and Spencer recently revealed that he was rejected by airport staff when he attempted to jump the queue.

Now, speaking on their Spencer & Vogue podcast, Vogue opened up about her travelling requirements and recalled that one recent journey had turned sour after a passenger refused to swap seats.

“I know this sounds Diva-ish but it’s just one of the things I like when I’m travelling. I don’t want to be right at the back of a plane because I’m usually carrying hand luggage, a baby and a buggy,” she explained.

“I want to be at the front of the plane, and I would like preferably a window seat so that I can try and go to sleep with the baby in my arms, or an aisle if there’s nothing free.”

So, having set out this criteria, Vogue recalled one time when she had found herself sat next to a passenger who refused to swap his seat to accommodate her family.

“I was sitting in a row of three, and Spenny and Gina were in the other seat. So they were in the aisle seat and the middle seat so we were almost in a five,” she remembered.

“You were like, ‘would you mind being in the window seat instead of the aisle so that we can all be together?

The 36 year-old has had three children with Spencer, with the youngest, named Otto, born in May.

And the model suggested that the passenger had only offered to switch after realising he was creating a difficult situation for her children.

To get more showbiz stories from Daily Star delivered straight to your inbox sign up to one of our free newsletters here .

She continued: “Anyway, when he realised he was being an absolute t***, because he looked at me with a newborn baby and the two kids beside me he was like, ‘okay fine, I’ll do it’.”

“The air hostess came down and I was like, ‘would you have another aisle seat for this f***ing particular piece of s*** over here?’ He was awful, awful.

“I feel like when people have kids, it is a nightmare on flights, if you can in any way help them out…”

This comes after the couple revealed that they once romped an astonishing nine times in one night on another episode of their podcast.