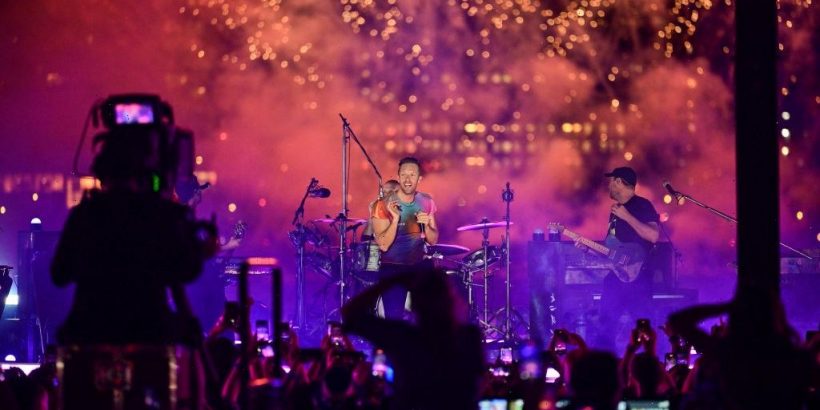 The band recorded their NBC performance, which took place in Queens, in June. They also taped a version of their hit “Viva La Vida.” More than 1,000 fireworks were set off on a barge on the East River behind the band as they as they played for a small crowd of vaccinated fans.

Coldplay released “Higher Power,” their first new music in over two years, in May along with a music video that debuted on the International Space Station. In a tweet announcing “Higher Power,” Coldplay said the song “arrived on a little keyboard and a bathroom sink at the start of 2020.” The group also noted the song was produced by hitmaker Max Martin, whom they described as “a true wonder of the universe.”

The band has been making the rounds performing various versions of “Higher Power,” including a stripped-down take on the song on The Tonight Show.

Coldplay have been fairly active so far this year, including headlining the Glastonbury Festival’s livestream concert, held instead of the traditional live festival due to Covid-19 restrictions, and at the 2021 Brit Awards. The band will perform at the 2021 iHeartRadio Music Festival, scheduled for September 17th and 18th at Las Vegas’ T-Mobile Arena, alongside Billie Eilish, Dua Lipa, and Weezer.