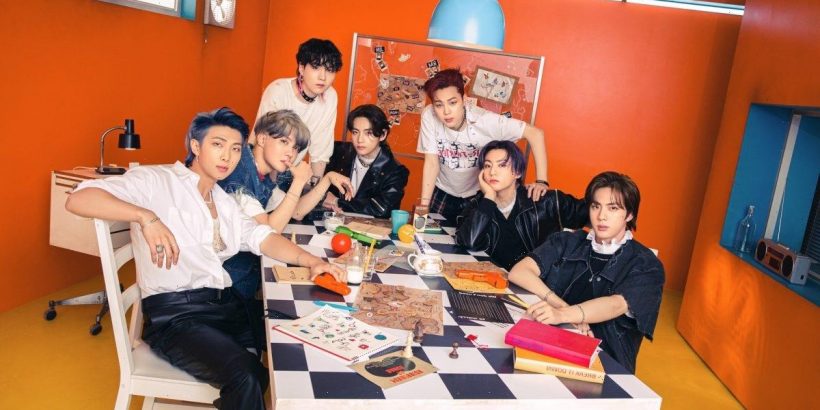 The new teaser foreshadows ‘In the SOOP BTS Ver.’

On Sept. 22, the official In the SOOP social media channels shared a teaser trailer for the second season of In the SOOP BTS Ver. The teaser opens with views of mountains in South Korea while serene music plays.

“Somewhere in South Korea, a secret place like in the movies,” reads the teaser’s subtitles. “Deep in the middle of the forest. A space created for BTS and BTS only.”

The calming music stops and construction noises begin as large white houses, a tennis court, basketball court, and pool are built. The subtitles reveal that construction of the new In the SOOP setting took a year, and the members of BTS each take turns narrating the teaser as scenes of the completed property are shown.

“When we first arrived it looked huge,” RM says.

“Wow, where is this?” Jin asks. “Isn’t this basically a castle?”

“It was like a place only we wanted to know,” V says at the end of the teaser. “Our secret place.”

Season 2 of ‘In the SOOP BTS Ver.’ will premiere in October

BTS previously filmed a travel reality show called BTS: Bon Voyage where Jin, Suga, J-Hope, RM, Jimin, V, and Jungkook traveled to new places around the world together. The most recent season of BTS: Bon Voyage was filmed in New Zealand in 2019.

Due to the coronavirus (COVID-19) pandemic, BTS were unable to travel to film BTS: Bon Voyage. To take the place of BTS: Bon Voyage, the septet began the reality show In the SOOP in 2020. With In the SOOP, the members of BTS stay in South Korea at secluded locations. The first season of In the SOOP BTS Ver. was filmed at a rented lake property.

Other K-pop groups under HYBE Labels will also film In the SOOP, and In the SOOP SVT Ver. with SEVENTEEN will take place until Sept. 28.

When In the SOOP SVT Ver. concludes, season 2 of In the SOOP BTS Ver. will begin on Oct. 15. New episodes will be available to watch on Weverse and JTBC.

What BTS fans think of the upcoming season

After the first teaser for BTS’ new season of In the SOOP was posted online, fans expressed their shock at the large scale of the new season.

“That place looks super neat!!!! Over a year of preparations! It’s incredible to know how much they plan in advance,” one fan wrote on Reddit.

“It’s actually kind of genius. Having their own place means better control and management than what they’d get renting a spot from someone else. Plus later Hybe can open it up for their other artists’ programs, and even business retreats and stuff for staff,” a Reddit user wrote.

Thanks to the new teaser, anticipation and curiosity about season 2 of In the SOOP BTS Ver. is higher than ever.