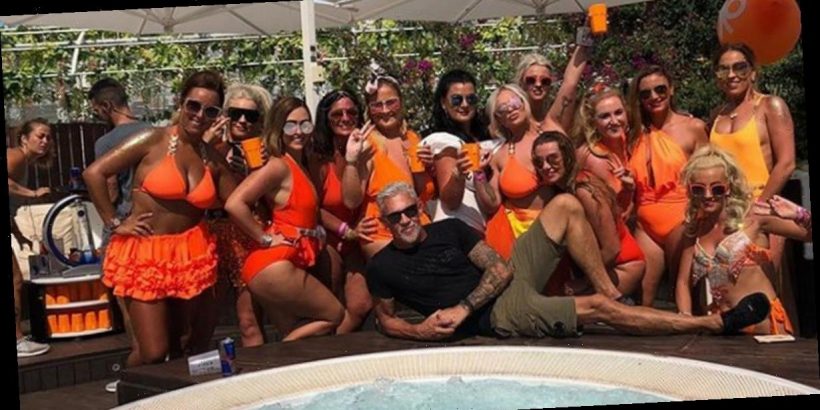 Wayne Lineker has said "lots of girls like [him]" – despite people thinking he's an "idiot" ahead of his Celebs Go Dating debut.

The 58-year-old, brother of football pundit Gary Lineker, joins the likes of Chloe Ferry and Curtis Pritchard on the new series of the E4 show, which starts on Monday.

Last year, Wayne posted a list of requirements that he was looking for in a woman, and while he's adamant that it was "tongue in cheek", it seems it hasn't stopped some people going after him.

"I think some people think I'm an absolute idiot," he said. "But a lot of girls like me."

Despite claiming his list of requirements was a light-hearted post, he does admit some of what he asked for are still musts.

In his viral Instagram post, he asked for a "worldie" with a toned body who can cook but doesn’t want kids, must enjoy his favourite Netflix shows, listen to house and RnB music and be good at geography.

He explained: "One of the criteria is be prepared to give up your job, or your career, and spend time on tropical beaches with me 24/7."

He said: "Having a nine-to-five job, five days a week, it just wouldn't work, because I'm in Ibiza. And for me to hold a good relationship, she would have to be in Ibiza.

"There's no way a relationship could work if she's in England. It would absolutely drive her mad.

"I'm surrounded by 1,000 girls every single day in bikinis. It's very difficult for someone to take that on board.

"My ex Danielle, for the first years of our relationship she never had a job, she was with me 24/7.

"But she really got into her career which meant she wasn't at the beach club and it must have been difficult for her.

"I ended our relationship because we couldn't spend the time we used to spend together."

Now he's hoping to have some success on Celebs Go Dating, where he will be living in a mansion with the other famous faces all while looking for love.

But E4 bosses – and his children – shouldn't worry about him locking himself in the so-called sh**ging cottage, as he has said one-night stands "scare [him] to death".

He added: "To have sex with someone I have to have feelings for them.

"I can't just jump into bed with someone I don’t know. I don't like it. I find it really awkward, especially afterwards, so I don't do it."

Celebs Go Dating: The Mansion starts on Monday, at 9pm on E4