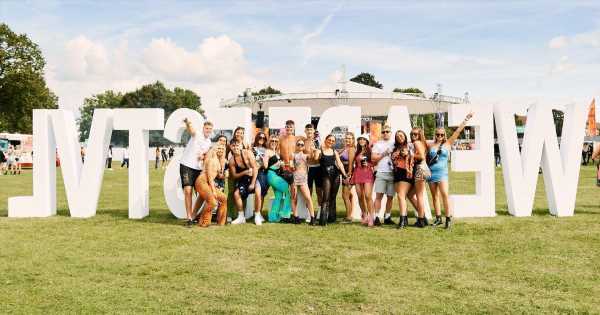 The biggest electronic and dance festival In London was back for its 8th edition and took place last weekend (September 11-12) at Central Park, a brand new sight in Dagenham Park, east London.

The festival is curated by some of the scene’s most established brands, such as Defected, ABODE and Glitterbox, Paradise, Circoloco, Abode, Bassjam, PIV and Centreforce. The big productions really captured the essence of the festival.

All guests had to take a lateral flow test and show a negative registered result upon arrival before we could indulge in pure hedonism.

Launched in 2013, the five time award winning dance festival continues to grow in size and reputation.

We are FSTVL 2021 hosted over 300 acts across 30 arenas across the weekend alongside a number of fun attractions, play areas and pop up events, eateries and bars.

Spoilt for choice, I visited the headliners who performed epic sets in tents dotted around the park with a funfair as the backdrop.

The atmosphere was electric as people flocked to see their favourite acts. Although the last 18 months felt like a blur, I enjoyed seeing people out and about living their best festival lives.

Sonny Fodera created a magical moment playing Shouse’s mega dance hit ‘Love Tonight’, which the large crowd sang-along to. Oh it was music to my ears!

As drinks continued to flow, I met loads of music fans who like myself said it was also their first time attending a festival in two years.

What a way to close the Summer! Great music, good vibes and no trouble, it was definitely worth the wait. Thanks We Are FSTVL!