The Irish superstars have already made a flying start to their comeback. A triumphant tour this year packed out stadiums. It also drew a rave review from this very website for their roof-raising show at the O2. The lads already spoke to Express Online about their appearance on Strictly Come Dancing this past weekend but now there is even more fantastic news for the band and their fans.

Mark told us how overwhelmed the lads are by the success of new album Spectrum.

It is on course to beat Celine Dion and Take That to the top of the UK charts this weekend. Celine Dion is heading on the way to claim her highest-charting album since April 2002 with Courage, but it is a surprise to learn this will also be Westlife’s first UK chart-topper since 2007’s Back Home.

Mark said: “Never did we think we would be talking about a number one album after so much time away. It would be incredible.

“Talk of a number one album is beyond anything we ever imagined. There is still a long way to go until we know the official chart position but it would be amazing.” 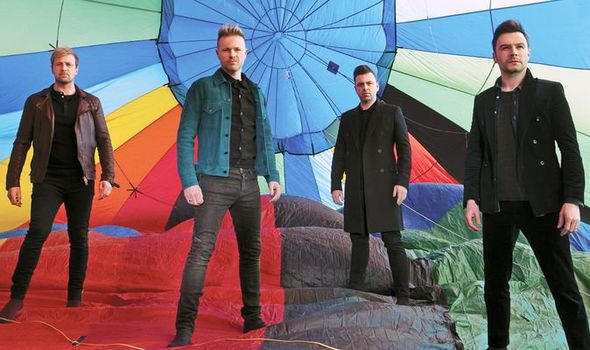 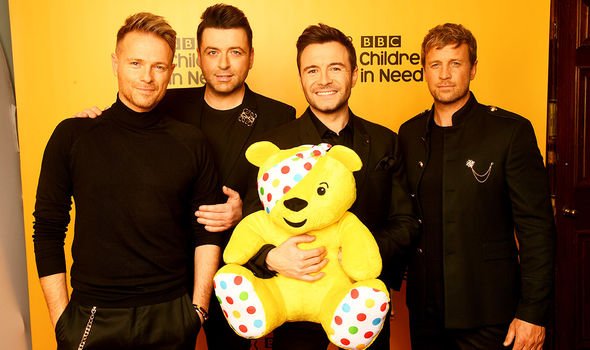 Despite topping the UK charts countless times with albums and singles, it is clear how much this one would mean to the band.

As fans already know, this year was more than just a comeback, it was a huge anniversary for chart-topping superstars Mark, Shane Filan, Kian Egan and Nicky Byrne.

He added: “It would be a dream for all of us, especially in our twentieth year.” 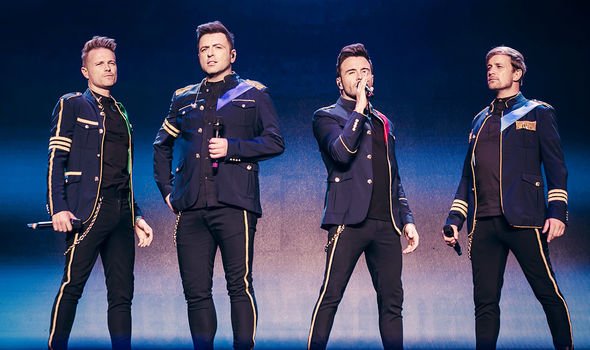 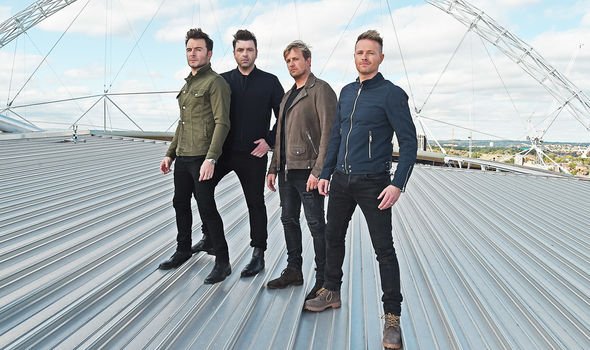 The boys were on This Morning earlier today, talking about the upcoming album, Spectrum, which is out this week.

Nicky said: “When we decided to get back together we wanted to make something more “now” than what we used to do.. a bit more up-tempo. We’ve kept the ballads in ether for the old school audience and ourselves as well… But we are still young.”

The band also revealed their collaboration with Ed Sheeran which came about in an extraordinary way.

Freddie Mercury’s guilty pleasure at home “He LOVED this’

Luke Evans on Strictly: The incredible PERSONAL story behind that song (EXCLUSIVE)

Kian said; “If we were coming back to be in the charts again, we needed to do something fresh.

We were having meetings going ‘how can we get Ed Sheeran involved?’

It turns out the solo star is already a fan and had written some tracks with Westlife in mind.

The fairytale collaboration has resulted in five tracks on Spectrum written with Sheeran and his regular writing partner, Steve McCutcheon, including the lead single Hello My Love.

Speaking to Express.co.uk ahead of the album launch, Kian revealed how much the band was trying to update their performances, including this weekend’s appearance om Strictly: “We’ve even got a little dance routine.

“Well I don’t know if you’d call it a dance routine, but we’ve got more movement than we’ve probably ever done on TV for Strictly.

“So it’s a fun kind of performance for us, but again we’re trying really hard to up our game, and be a better band and just be generally across the board.”