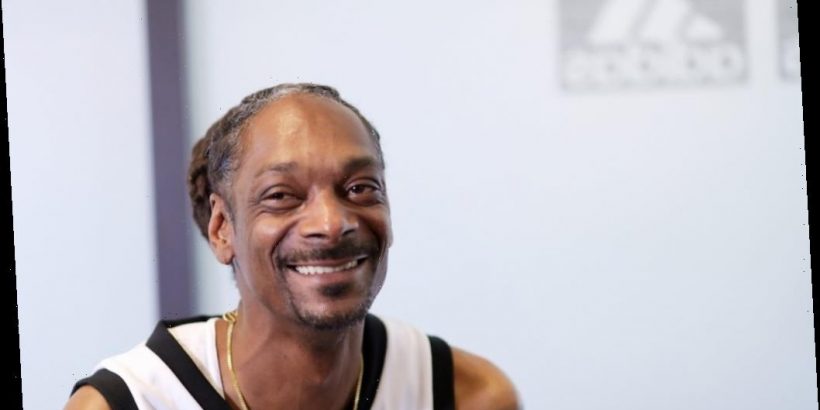 Snoop Dogg is a rapper, actor, and pop culture icon, known to fans around the world for his laid-back demeanor and signature speaking voice. The rapper, known as Snoop to his legions of fans, has been a mainstay in the music industry since the early ’90s, and to this day, he remains a vital force in the business. Snoop is notable for his love of cannabis and weed culture, and contrary to popular belief, when it comes to his favorite snacks, he tends to go the healthy route to get his munchie fix.

How did Snoop Dogg become a rap icon?

Snoop was born in California in 1971. Raised primarily by his mother, Snoop showed an early affinity for rapping and storytelling. He worked hard as a young man, working various odd jobs to help his family pay the bills.

Although he had some run-ins with the law, Snoop managed to avoid serious jail time, and in the early ’90s, he began recording professionally.

In 1993, Snoop released his debut album, Doggy Style. The album became a huge hit, solidifying Snoop’s place on the charts and in pop culture. Although Snoop has signed with several record labels over the years, his power over his audience remained consistent, and he has released multiple hit tunes.

Snoop Dogg is popular with fans of all ages

Snoop is a timeless pop culture icon, not only for his work in music but also for his effect on the entertainment industry in general. Snoop has appeared in many television shows and movies over the years, including cameo roles in Half Baked, Training Day, and Starsky & Hutch. He has also appeared in television commercials and specials, including the wildly popular Martha & Snoop’s Potluck Dinner Party.

It is his enduring, albeit unlikely friendship with Martha Stewart that has kept fans entertained for years. The two have worked together on numerous occasions and even filmed commercials together.

About Stewart, Snoop has said: “I love Martha, like, I love her for real. Like, when I see her away from me, I get jealous when I see other people with her. But then I have to understand, she’s Martha Stewart, so she has to give the world what they want.”

Snoop Dogg is known for his affinity for cannabis

Along with his music, and his friendship with Stewart, Snoop is known for his love of cannabis. The rapper has always been open about how much he enjoys recreational marijuana and is an outspoken advocate for its use.

In fact, he has even launched his very own line of recreational marijuana. His love of weed has no doubt inspired many a late-night munchies session — but when it comes to snacks, Snoop’s tastes are a little more traditional.

According to Buzzfeed, Snoop doesn’t reach for ice cream or Taco Bell when he’s feeling peckish, and he tends to stay away from super-sweet treats, like cookies, cakes, and most candy bars. Rather, the rapper tends to choose snacks such as peanuts, grapes, sliced apples and peanut butter, strawberries, pistachios, peanut-flavored M&M’s, and Popchips Nutter Puffs. About his preference for nuts like pistachios, Snoop admitted that he likes “anything nut based ’cause I’m nutty.”