Drake is one of the best-selling artists of the 21st century, so it comes as no surprise that he’s also one of the richest rappers in the world. But music isn’t the only way that the Canadian rapper makes money. Here’s what you need to know about Drake’s net worth and exactly how he became so wealthy. 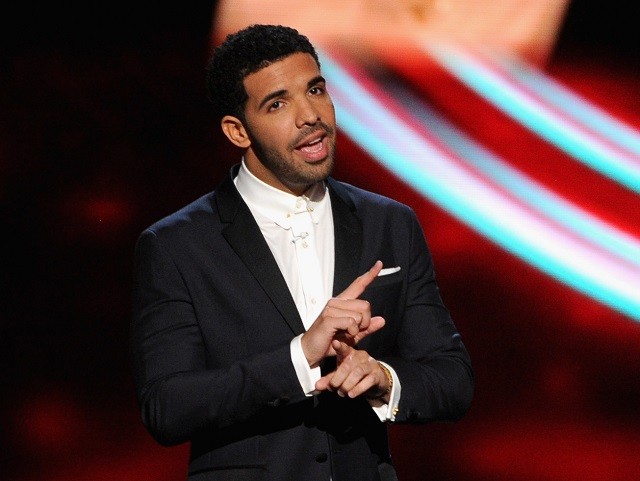 Drake’s net worth makes him one of the richest rappers in the world. | Kevin Winter/Getty Images

Money reports that Drake — or Aubrey Drake Graham — is the fourth-richest rapper in the world. Drake’s net worth is estimated at $100 million, a fortune that he has amassed by “master[ing] the art of releasing music for the streaming-era,” Money reports. (Wealthy Gorilla puts Drake’s net worth even higher, at $120 million.) His album More Life took the crown as the most-streamed album on Apple Music in 2017. Views exceeded 3 billion streams in 2017. And Spotify reports that Drake is the second most-streamed artist of all time on its platform.

GoBakingRates reports that when Drake released Scorpion in 2018, the Recording Industry Association of America announced that Drake was officially the leading digital singles artist. As The Street explains, Drake’s net worth is in the same neighborhood as that of fellow rappers LL Cool J and Eminem, who are each worth about $100 million.

He makes almost $1 million per concert

The Street reports that Drake reportedly makes about $40 million per year. That’s largely because he’s estimated to rake in almost $1 million per concert. You’ve probably heard that musicians make more money touring than they do selling albums. Drake has sold about 10 million records, according to Money.

But he really broke records with his 2016 tour, with rapper Future. That tour grossed $84.3 million with 56 dates. That made it the most lucrative hip-hop tour to date, Money reports. Drake even dethroned Jay-Z and Kanye West with the record-setting tour.

Lucrative deals and investments add to Drake’s net worth

Money reports that “Drake isn’t just making money off his music.” He has lucrative deals with Apple and Nike, plus Sprite, Kodak, and Virgin America. Drake also has a whiskey line (the Virginia Black Whiskey company, which he wants to take public) and a Toronto-based collective — called October’s Very Own — that includes a record label and a clothing brand.

Plus, according to Money, he has “various other investments adding to his net worth,” including the Toronto Raptors NBA team. Money reports that Drake reportedly walked away from co-ownership of Jay-Z and Beyoncé’s Tidal streaming service to sign a deal with Apple worth $19 million. Since he signed the deal, Apple has featured Drake in promos and even let him pursue TV and film.

He spent some of his money on a house and cars

Money reports that Drake lives a luxurious lifestyle. He has an $8 million mansion in Hidden Hills, California, where Kanye West, the Kardashians, and Justin Bieber also live. His home features a huge pool, a wine cellar, and a tennis court. Drake also has purchased luxury cars, including vehicles from Rolls Royce, McLaren, and Bentley. He also owns several Rolex watches and a collection of diamond rings.

Read more: Eminem Net Worth and How He Makes His Money