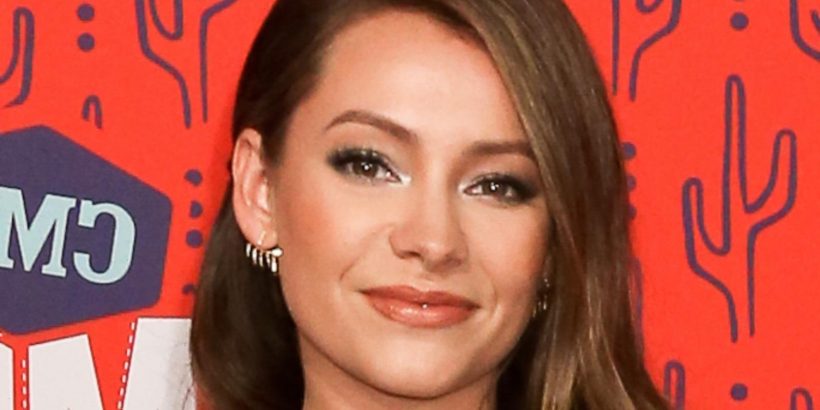 Taylor Dye — who forms one half of the country duo Maddie & Tae, alongside Maddie Marlow — has been open with fans about her journey to finding love, and thrilled her social media followers in February 2020 when she shared stunning photos from her wedding with fellow musician, Josh Kerr. Dye confirmed the happy news on Instagram with a stunning black and white photo on their wedding day. It showed them with their foreheads pressed together as she gave a peek at her white wedding dress. “My person for life… I am madly in love with you @joshkerrmusic // 2.21.20,” she wrote. Kerr returned the favor in very sweet fashion on his own Instagram account, sharing a series of photos from their big day, including a gorgeous solo shot of Dye in her dress. “Wife, my forever, my best friend,” he wrote.

The two often share adorable photo insights into their life together across social media, but just who is the man who stole the “Girl In A Country Song” singer’s heart? Read on for everything you need to know about the Upstate New York native who moved his life to Tennessee.

Josh Kerr has written for some of country music's biggest names

Though Josh Kerr may not be a household name just yet, Taylor Dye’s husband has some huge names included in his writing credits. Per All Music, Kerr is the man behind some of country music’s biggest modern hits. He worked closely with Keith Urban on his Graffiti U album as co-writer and co-producer on “Never Comin’ Down,” for which he was nominated for Album of the Year as a co-producer at the 2018 CMA Awards. He’s also written tracks for Kenny Chesney, Little Big Town, Josh Turner, and even his wife and Maddie Marlow. Kerr even played piano on Camila Cabello’s debut album, Camila, and has also worked as a songwriter or producer with Dolly Parton, Danielle Bradbery, and Ingrid Michaelson, per Spotify.

As for his favorite song he’s written, that honor goes to his close friend Kelsea Ballerini’s 2015 single “Love Me Like You Mean It.” Kerr worked with Ballerini, Forest Glen Whitehead, and Lance Carpenter Forest on the song and called them “some of the most talented writers in town” in an interview with The Tennessee Life. “I’m also a big fan of ‘Lay It On Me’ that I wrote with Dylan Scott,” he added.

Though he’s seen a whole lot of success in the music world, it turns out that wasn’t Josh Kerr’s initial goal when he was a kid. In 2014, he told The Tennessee Life that he actually wanted to be a professional athlete when he was young, but his height got in the way. “I played lacrosse for 14 years and always dreamed of being a professional athlete. Then I stopped growing when I reached 5’7” so it was time to reconsider my dreams,” he shared. Kerr also had another somewhat surprising career aspiration, as he admitted that if he wasn’t a singer/songwriter he’d be “an elementary special ed teacher.”

Kerr was 18 when he started down the path of professional songwriting. “Music has always been a big part of my life. Writing songs became a creative outlet for me when I was about 16 years old,” he recalled. “It wasn’t until I was 18 that I found out you can write songs for a living. That changed my life.” And the rest, as they say, is history.

A trumpet scholarship got Kerr to college

Not only is music a natural talent for Josh Kerr, but he’s also technically proficient in it too. He told The Tennessee Life that he went to college on a trumpet scholarship and is very talented when it comes to playing instruments. “Guitar is my main instrument of choice these days, but I dabble in bass and piano from time to time,” he shared. Although he got expert teaching at college, he’s also partially self-taught when it comes to his instrument ability. “My dad taught me how to play the bass and beginner chords on the guitar. From there I learned off of YouTube until college when I had my first lesson!” he said.

Since then, Kerr has seen a lot of success both in and out of the spotlight. As well as his impressive songwriting credits, he’s also released some of his own music as a singer. He dropped his debut album How Do You Remember Me in 2019, named after a song on the album. Kerr told The Boot that the title track signified “everything [he loves] about songwriting” and recalled that “it was more of a freestyle” writing session with his close friends. He explained it was “kind of putting our own lives and dramatic versions of things that happened or didn’t happen into a song that created this universal idea of ‘How do you remember me?'”

It seems like we’ll be hearing a lot more from this talented musician.