The soundtrack for the film Spider-Man features Chad Kroeger and Josey Scott’s song “Hero.” During an interview, Kroeger revealed the other members of Nickelback rejected the song for a very specific reason. He also discussed the recurring criticism that Nickelback’s songs sound too much like each other.

Chad Kroeger responds to criticism that Nickelback songs are too homogeneous

During an interview with Men’s Health, Kroeger defended Nickelback from criticism that its songs sound the same. “You’ve got novelty, you’ve got metal, you’ve got nostalgia, you’ve got heartache, you’ve got a song like ‘Faraway,’ which is about love, and then a song like ‘When We Stand Together,’ which is about social awareness and trying to unite all of humanity,” he opined. “There’s a lot of different subject matter there, and there’s a lot of characteristics to these types of songs.” At the same time, Kroeger acknowledged the other members of his band reject his tracks if they don’t sound like Nickelback songs.

Kroeger discussed why “Hero” appeared on the Spider-Man soundtrack instead of a Nickelback album. “I don’t think anybody in the world would say ‘Hero’ doesn’t sound like a Nickelback song,” he said. “But the guys didn’t see it. They were just like, ‘No.’ Especially Ryan [Peake, lead guitarist]. He was like, ‘I don’t think it’s a Nickelback song. I really don’t.’”

Kroeger explained why Nickelback rejected songs that didn’t sound enough like Nickelback. “Because we’re a democracy,” he said. “If some of the other guys hear this stuff, and it’s just so weird and it’s in two different time signatures, I can’t force that on them. It may fulfill a part of me, but I also have to write for the group. Which, admittedly, can be wrong.” Kroeger heavily implied the other members of Nickelback were wrong to think “Hero” doesn’t sound enough like a Nickelback song. He said many of his other songs were rejected for the same reason “Hero” was rejected. 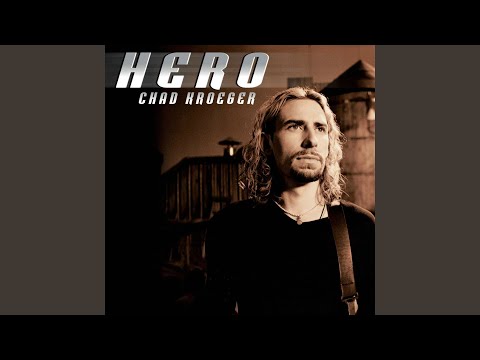 Regardless, “Hero” became a hit. The track peaked at No. 3 on the Billboard Hot 100, staying on the chart for 22 weeks. It’s Kroeger’s highest-charting single without Nickelback. His only other top 10 single without Nickelback is his Santana collaboration “Why Don’t You & I.” The parent album of “Hero,” Music from and Inspired by Spider-Man, was a hit as well. It peaked at No. 4 on the Billboard 200.

“Hero” was popular in the United Kingdom too. According to The Official Charts Company, the track peaked at No. 4 in the U.K. None of Kroeger’s other solo songs charted in the U.K. While most of the members of Nickelback didn’t embrace “Hero,” listeners seemed to like the song.