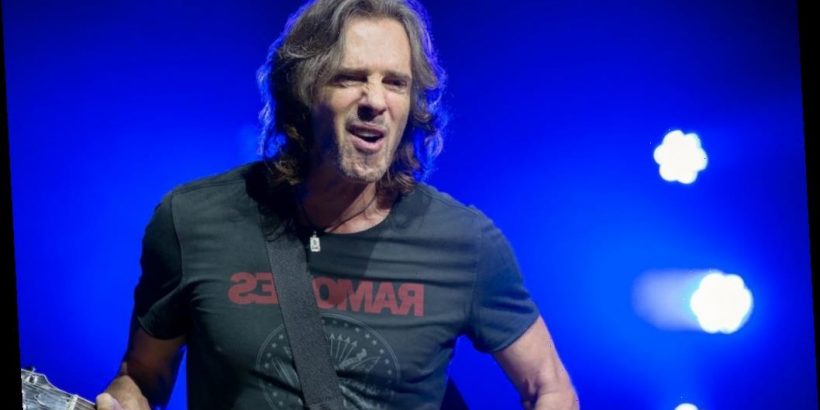 This year marks a momentous occasion for singer/songwriter Rick Springfield. His album Working Class Dog is celebrating its 40th anniversary. Showbiz Cheat Sheet spoke with Springfield over the phone about his expansive career in music and the upcoming film that celebrates his first successful album.

“It’s been 40 years since my first successful album — it’s hard to believe it’s been 40 years,” Springfield admitted during our chat. At the time of the album’s release, Springfield was balancing his music with playing Dr. Noah Drake on the hit soap opera General Hospital.

“I wrote [Working Class Dog] to put a three-piece band together and go play in the LA clubs,” he explained. “That’s why I wanted three-minute songs with hooks. If you didn’t like this one, there’s another one coming right up.”

But Working Class Dog took off and so did Springfield’s career. Now, he’s celebrating 40 years of the album with the release of Orchestrating My Life, a film featuring live concert footage and exclusive content from Springfield himself.

“I’m hoping to have as much fun with my fans as possible, even without a clear plan for touring,” Springfield said in a release about the movie. “Thank God for the internet!”

“I like ‘Everybody’s Girl’ because it’s real simple,” Springfield revealed to Showbiz. The song tells the story of a “seasoned connoisseur lady-killer” (Springfield) who falls for a woman who can’t commit.

“It’s typical of the [other] lust-driven songs on the album,” Springfield added. Those songs include “Love Is Alright Tonite,” “I’ve Done Everything For You” (Sammy Hagar’s tune), and “Inside Silvia.”

At the time he was writing Working Class Dog, Springfield was grappling with his newfound fame.

“[It’s] totally a lust-driven album,” he said. “[The songs highlight] all the things I was thinking, but I tried to be clever and not write cliches.” The guitar-based album features songs that are all similar in style. Springfield did that on purpose.

“There’s not a lot of jumping around,” he continued. “[All of the songs are] short and hooky — I think that was the whole point. To write short, hooky songs.” Springfield didn’t think he would land a record deal, let alone become a rock star.

Listening back to Working Class Dog, Springfield said he remembers the joy of making the album.

“I knew songs were good,” he concluded. “That’s really what it was. I didn’t have any doubt about the songs.” And when fans heard Working Class Dog, they had no doubt either.

Springfield fans can stream Orchestrating My Life on Feb. 14, 2021 by purchasing a ticket through Springfield’s website.