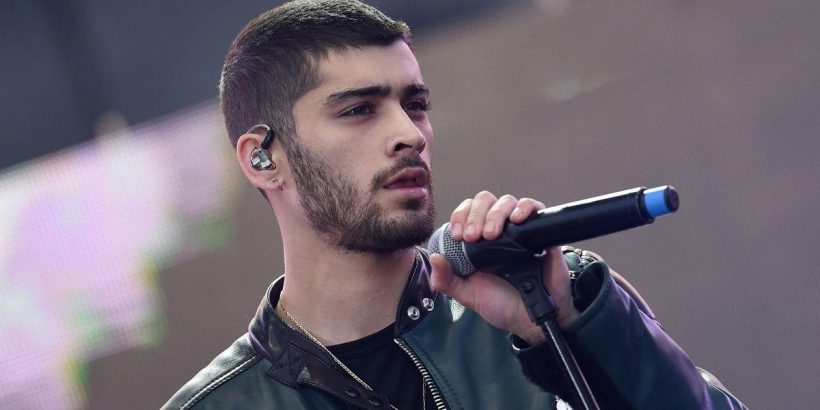 Former One Direction singer, Zayn Malik, has been reportedly dropped by his record label after harassing and pushing Gigi Hadid's mum Yolanda during a row.

Sources also claimed there were concerns he had been smoking strong cannabis before the label ended the 'relationship'.

The 28-year-old star was sentenced to probation and anger management classes after pleading guilty to four harassment charges after a plea of "no contest" was not accepted.

Zayn pushed Gigi's mum Yolanda, 57, into a dresser during a "physical" incident at his home.

Zayn and Gig share a ranch in Pennsylvania, US, where the singer allegedly called Netherlands-born Yolanda a "f*****g Dutch s**t." in a row, according to court documents.

It has since been said that US record label RCA, owned by Sony, has now dropped the star, reports The Sun.

It comes alongside reports the Bradford-born artist may be smoking "extremely strong" cannabis.

A senior music source claimed to The Sun: “A lot of people have tried desperately to get Zayn’s life and career back on track, but nothing has worked.

“So many people who have worked with him have just given up.

“He’s almost impossible to control or guide. A while ago his label quietly decided it was the end of the line for their relationship, and now this.”

The Daily Star has approached Zayn Malik's representatives and RCA for comment.

Court papers claim Zayn allegedly pushed grandmother to his little girl, Khai, into a dresser causing "mental anguish and physical pain" to later telling her to "stay away from my f*****g daughter."

Model, Gigi was away in Paris working but is believed to have been told the story over the phone.

Court documents report 26-year-old Gigi was told by Zayn to "strap on some f*****g balls and defend your partner against your f*****g mother in the house."

They also claim a security guard was also present during the argument and it's claimed Zayn yelled at him: "Get the f*** out of my f*****g house, copper."

Zayn has pleaded guilty to harassment and has been given 360 days probation.

In a statement, Zayn said: “I had agreed not to contest claims arising from an argument I had with a family member of my partner’s.

“Despite my efforts to restore us to a peaceful family environment that will allow for me to co-parent my daughter in a manner she deserves, this has been ‘leaked’ to the Press.

“I am hopeful, though, for healing for all involved with the harsh words shared and, more importantly, I remain vigilant to protect Khai and give her the privacy she deserves.”

A police report shows Zayn has been ordered to undergo "90 days probation for each count", which totals "360 days".

The singer has been told to complete both an anger management course and if approved, a domestic violence programme.

He must also refrain from speaking to or making contact with both Yolanda and the security guard who was present at the property during the altercation.

The judge could "terminate probation" if all conditions are satisfied after six months, the police report adds.

It comes after speculation Gigi and Zayn have split up, with a family friend claiming to PEOPLE the pair are "not together right now".

The insider added: "They co-parent. Yolanda is of course very protective of Gigi. She wants the best for her daughter and grandchild."