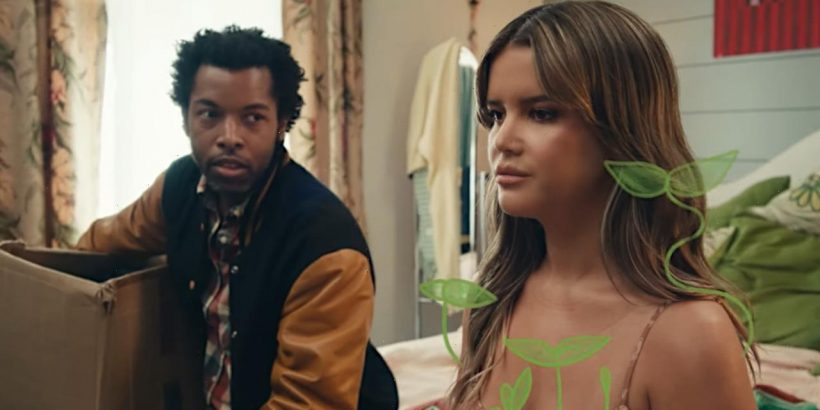 The new track arrives along with its accompanying music video, which shows the 32-year-old songstress being dumped by her love interest but she refuses to beg him to come back.

AceShowbiz –Zedd and Maren Morris have reunited for another collaboration. Four years after they worked together on “The Middle”, the DJ and the singer released a new single called “Make You Say” with BEAUZ.

Back in 2018, Zedd joined forces with Maren for “The Middle”. In the same year, the music producer teamed up with BEAUZ for a remix of the former’s song, “Happy Now”. As for the new track, it marks the first collaboration between Maren and BEAUZ.

Of teaming up with Zedd, Maren told Zane Lowe on Apple Music 1, “He is just the best. I don’t know. It’s like we did it once before. He sent me this song a couple months back.” She further gushed, “And I think when you just feel it in your gut, you’d be stupid not to say yes.”

“I had big shoes to fill because [Charlie Puth]’s vocal on the demo was so good,” the songstress continued. “And I just came in and tried to give it my flare, but a great song is a great song. So I’m very flattered and honored to be a part of it.”

The feeling was mutual. Zedd, for his part, shared, “The first time with ‘The Middle’, it was just her voice. At that time when I heard the vocal, I actually didn’t know much about Maren’s background or what kind of music she comes from. I just heard a demo. I don’t even know if the file was labeled anything that would give away who the vocalist was.”

“I literally just listened for the color and I think Maren’s voice just has everything that a good voice needs. It’s got character,” the Russian-German DJ added. “You immediately can tell who it is. She has this amazing rasp, which to me is always a bit of emotion that I look for.”