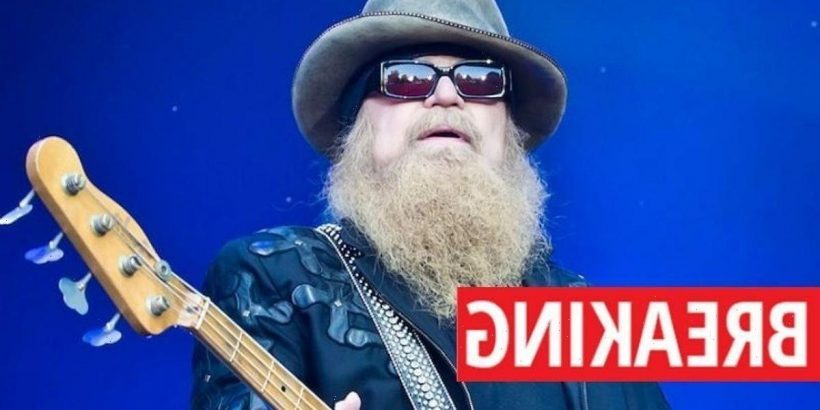 ZZ Top bassist Dusty Hill has died at home aged 72 after suffering a hip injury, his bandmates have confirmed.

The musician's bandmates Billy Gibbons and Frank Beard confirmed the news in a statement, which read: "We are saddened by the news today that our Compadre, Dusty Hill, has passed away in his sleep at home in Houston, TX.

"We, along with legions of ZZ Top fans around the world, will miss your steadfast presence, your good nature and enduring commitment to providing that monumental bottom to the ‘Top'.

"We will forever be connected to that 'Blues Shuffle in C.'

They added: "You will be missed greatly, amigo."

Dusty's cause of death has not yet been confirmed, and it isn't clear whether it could be related to a hip injury he suffered recently.

In the past few weeks, Dusty addressed the issue of his injury, which forced him to bow out of a series of shows across the U.S. along with his bandmates.

The band initially announced via social media: "The members of ZZ Top, Billy, and Frank, would like to share that Dusty, their fearless Bass player, is on a short detour back to Texas, to address a hip issue. They await a speedy recovery and have him back pronto.

"Per Dusty’s request 'The show must go on!'," the statment continued.

"With that directive, ZZ Top has put the services of Mr. Elwood Francis, their trusted guitar tech of the past two decades, into play with his slide guitar, bass guitar, and harmonica playing in full swing.

“'And with Elwood to our right, rest assured ZZ Top will deliver their good time, signature show', said Billy F Gibbons. 'Billy’s big guitar, crushing drums from Mr. Beard, and Elwood securing the bottom end continues the delivery with those famous three chords we all dig'."

Known best for his famous beard, Dusty was one of ZZ Top's founding members, serving as their lead bass player and secondary lead vocalist since 1969.

He was inducted into the Rock n' Roll Hall of Fame as a part of the band in 2004, cementing his legacy as one of music's greats.

And music wasn't his only passion, as he also has plenty of screen credits, including an appearance in the third Back to the Future film, Deadwood and Mother Goose Rock 'n' Rhyme.

And Dusty's life wasn't without its health battles, as he was diagnosed with Hepatitis C in 2000, which meant ZZ Top cancelled their European tour until he could resume working in 2002.