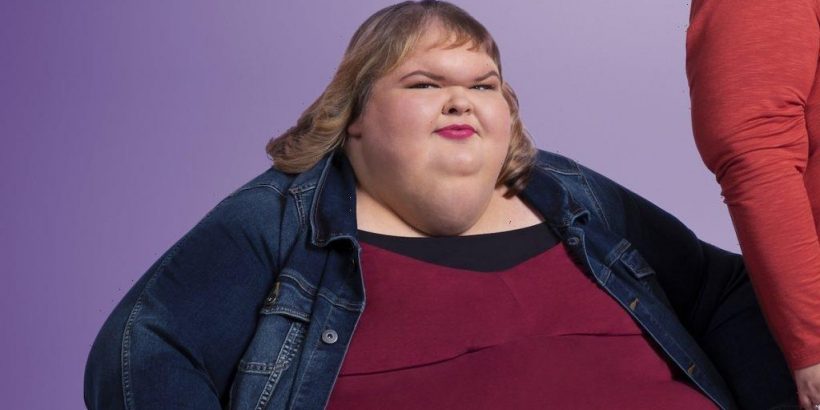 Tammy Slaton has a new boyfriend. Slaton has been on a journey to do two things, lose weight and find love. Both have proven to be difficult for the 1000-lb Sisters star. On season 2 of the tv show, Slaton was in a relationship with a man named Jerry Sykes, however, they broke up during the season. Now, Slaton has just confirmed that she has a new man.

Some might say that Slaton’s relationship with Sykes was doomed from the start. When Slaton revealed that she was dating Sykes in February of last year by posting a picture of him on Twitter, fans tried to warn her that he was already married.

“Are you aware that I do know he is married and his wife is very sick so you ain’t telling me nothing I don’t know,” Tammy responded.

The relationship hit a snag on 1000-lb Sisters Season 2 when Slaton told Sykes that she was pansexual. Soon after that, news broke that the two had split. Sykes told TMZ that the breakup had more to do with him feeling guilty about cheating on his wife than Slaton’s sexuality, though.

Lately, there seems to be a new man in Slaton’s life. Recently, she has been posting videos with a man named “thebbwking” on TikTok. According to his bio, her new boo only likes women who are over 300 lbs.

@queentammy86 is it clout chasing now??

Fans immediately began to worry that Slaton’s boyfriend would not help Slaton in her weight loss journey as he seems to be interested in big women and women gaining weight.

Despite concerns from fans, Slaton recently revealed that she and thebbwking are, in fact, together.

“Jerry and I have been over for months now,” Slaton responded to a fan in a TikTok comment. “I’ve got someone so much better and I’m finally truly happy.”

Thebbwking commented on the post as well with a number of heart emojis.

Is Tammy’s new man using her?

Fans have commented on Slaton’s TikToks, questioning if her new man is really with her for love or if her newfound fame is what he’s after. The complaints got so bad that he made a video denying the claims.

In a TikTok, a friend of “thebbwking” called out his haters one by one.

“He is not using her for clout,” the woman said. “Look I am friends with him. He likes big girls. He is not fetishizing them at all. He’s not, no.”

Over the video, thebbwking wrote “Clout? really that’s the best yall can say? Just know I’m 10000% sure I make more money than yall do.”

Thebbwking currently has over 55,000 followers on TikTok but Slaton’s fans are still not buying the love between the two.

“TLC must have already cut him a check and flew him out,” one fan commented on a video of the pair.

“I love you Tammy but idk about this because his bio says he likes bbws (big beautiful women) and that’s not what you need right now,” another person said.

“Girl, he just wants to be on the show,” one user commented.

“Just remember he doesn’t love you if he doesn’t support your health,” another fan wrote.