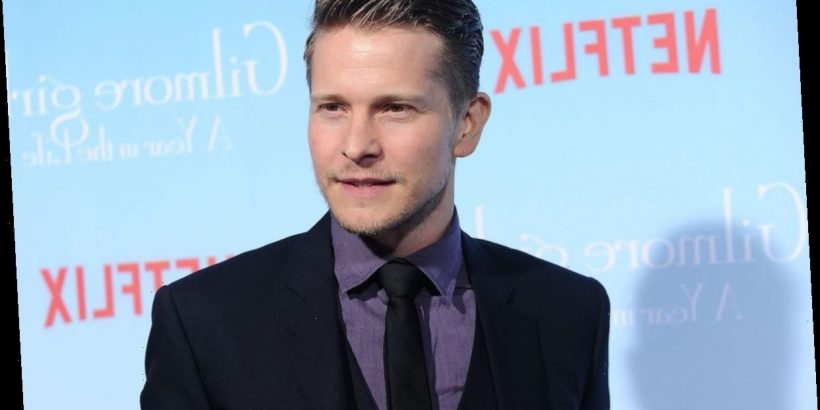 Logan Huntzberger, as played by Matt Czuchry, isn’t the most beloved Gilmore Girls character. Not during the TV show’s original run or even in Netflix’s Gilmore Girls: A Year in the Life. However, that isn’t to say there hasn’t been moments when fans found themselves liking Logan.

Rory Gilmore (Alexis Bledel) and Logan went to Martha’s Vineyard for the weekend with Luke Danes (Scott Patterson) and Lorelai Gilmore (Lauren Graham) in Gilmore Girls Season 6 Episode 15: “A Vineyard Valentine.” After a bit of a rough start for Luke and Lorelai, the foursome had a nice time.

But things got tricky when Logan told Luke he would “do the present thing” at dinner. Luke confessed he didn’t have a Valentine’s Day gift for Lorelai. Logan said that wouldn’t do and he offered to give Luke one of the two gifts he bought for Rory.

Luke reluctantly agreed and chose to give Lorelai a diamond necklace. Touched that Luke gave her a Valentine’s Day gift, Lorelai couldn’t help but notice her and Rory’s gifts looked similar. And later in the episode, she sat in bed holding the necklace and thinking about Luke, almost suggesting to viewers something felt off about the gift.

Originally airing on Feb. 14, 2006, the episode wasn’t exactly a high point for Luke but it did show some of Logan’s redeeming qualities. Logan helped him out even after Luke hadn’t been very friendly to him.

Logan Huntzberger had an argument with his dad

In the same episode, the relaxing weekend away went sour almost as quickly as it began. Logan’s father, Mitchum Huntzberger (Gregg Henry), made a surprise visit to Martha’s Vineyard.

He and Logan got into a heated argument in front of Luke, Lorelai, and Rory. It ended with Logan leaving Martha’s Vineyard with his father. Meanwhile, Rory realized her boyfriend might be leaving her and heading to London, England, after graduation.

The argument showed Lorelai — and viewers — a new side to Logan. Lorelai could relate to his fractured relationship with his father.

Originally airing on Feb. 6, 2007, Gilmore Girls Season 7 Episode 13: “I’d Rather Be in Philadelphia” featured Logan at his best. Despite his busy schedule, he dropped everything to be by Rory’s side when Richard Gilmore (Edward Herrmann) collapsed in class and had to be hospitalized.

After arriving at the hospital by helicopter he went to the Gilmore house to help Rory gather some of Richard’s things. And when Rory commented on his phone blowing up with emails Logan reassured her there was nowhere else he’d rather be.

He also put managed a fish delivery for Emily Gilmore (Kelly Bishop). This was a far cry from his Life and Death Brigade days and his late nights running around with Colin McCrae (Alan Loayza) and Finn (Tanc Sade). But, rest assured, the old Logan wasn’t gone for good.