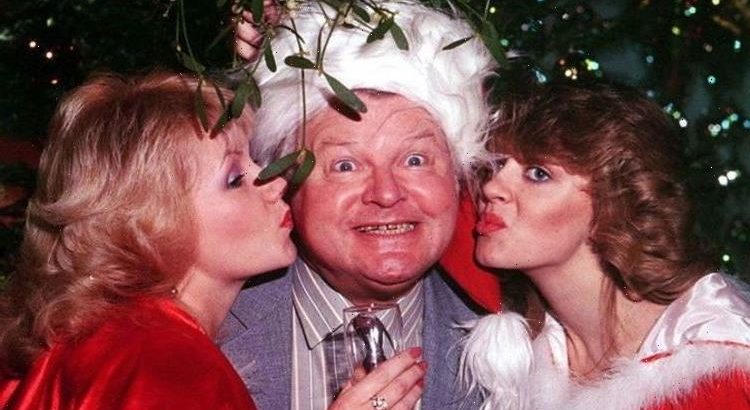 The Benny Hill Show racked up more than 20 million viewers during its peak in the 1970s. Although the comedian died nearly three decades ago, his show is making an unexpected comeback. But critics have called for the show to be cancelled for its sexist jokes and out of date humour. Here are four jokes deemed deeply offensive today.

The Benny Hill Show will appear on our TV screens for the first time in nearly two decades.

Over the next seven weeks, The Benny Hill Show will be aired on That’s TV Christmas.

The show may have drawn in millions of viewers during its heyday, but critics have blasted the show as sexist and out of touch.

Recently, actress Debbie Arnold accused The Benny Hill Show of being “sexist”, “ridiculous” and “terrible” when she appeared on Good Morning Britain on November 23.

“As much as I love Benny, he was a friend of my dad’s and a very lovely person. I just couldn’t bear the shows. They were just awful and they were so sexist.

“I mean, looking up girls’ skirts, how can that be right for people to see that today?”

Benny Hill was famed for his own brand of slapstick comedy, but this fell out of favour in the 1980s with many comedians criticising his humour for its outright sexism.

Among these vocal critics was the comedian Ben Elton, who called Benny Hill a “dirty old man, tearing the clothes off nubile girls while chasing them round a park”.

The closing scenes of The Benny Hill Show saw him either chasing or being chased off-screen usually by young women.

As the show became more and more out of touch, audiences plummeted until it was finally cancelled by ITV in 1989 – here are four jokes deemed horrendous by today’s standards.

“Girls are like pianos. When they’re not upright, they’re grand.”

“I’m not against half naked girls – not as often as I’d like to be.”

“Roses are reddish, violets are bluish. If it weren’t for Christmas, we’d all be Jewish.”

“Did you hear about the actress who was so dumb, she couldn’t count to two without taking off her blouse?”

Who was Benny Hill?

Benny Hill was a comedian, actor, writer and singer.

He was born Alfred Hawthorne Hill in 1924 but later changed his name to “Benny” in homage to his favourite comedian Jack Benny.

He first shot to fame as a radio performer in the years after the Second World War, before he moved to television in 1950.