The curse of Home Farm has struck again. Emmerdale killed off Joe Tate in Thursday night’s episodes (October 11) as his reckless decision to return to the village and face the music had tragic consequences.

Joe fell backwards and hit his head on a rock (that old chestnut) when Cain Dingle punched him for jilting Debbie, while dark horse Graham Foster later seemingly finished off the job in order to keep Kim happy. So much for their bromance, eh?

While we’re not quite at Gerry Roberts levels of devastation over Emmerdale‘s latest death scene, we do reckon Joe will be missed from the village and here’s our seven reasons why.

1. His on-screen partnership with Graham

After years of big families arriving en masse at Home Farm to cause chaos, the presence of Joe and his right-hand-man Graham definitely brought a unique new flavour to the big house. With ever-shifting power dynamics, plenty of intrigue and an interesting backstory to draw on, Joe and Graham have certainly kept fans on their toes over the past year.

Ned Porteous and Andrew Scarborough were even nominated for Best On-Screen Partnership at the British Soap Awards in June. Okay, so Prince and Hunter from Hollyoaks may have won on the night, but we reckon the Emmerdale duo must have been a very close second.

2. His fatherly relationship with Sarah 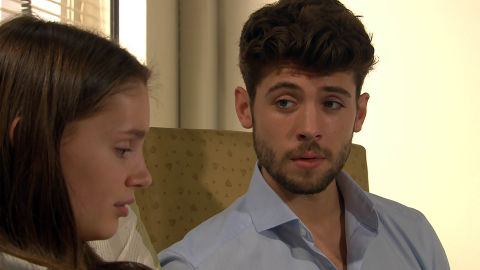 If there was ever any doubt that Joe Tate had a softer side, his scenes with Debbie’s daughter Sarah showed us he wasn’t just a sly schemer. Well, at least when it suited him. Although Sarah wasn’t keen on Joe at first, she grew to accept his presence in Debbie’s life and he’s been a loyal source of support while she’s been on the heart transplant list in recent months.

Poor Sarah has lacked a decent father figure in her life since her dad Andy Sugden went AWOL, so she’s sure to be devastated as she adjusts to life without him in the next few weeks. Will she ever find out about her “grumpy” grandfather Cain’s role in Joe’s disappearance?

3. His animosity with Charity

The big moment when Joe dropped his “Tom Waterhouse” act and unleashed his anger on Charity in January provided some of this year’s most memorable scenes. Although Joe later gave up on his revenge mission (a little too quickly for our liking), his relationship with Charity was always an entertainingly spiky one.

In their final scene together, Charity was as frosty as ever towards Joe, but she was taken aback when he didn’t retaliate with a barbed remark of his own. Maybe he really did like her deep down – sob!

4. His brotherly bond with Noah 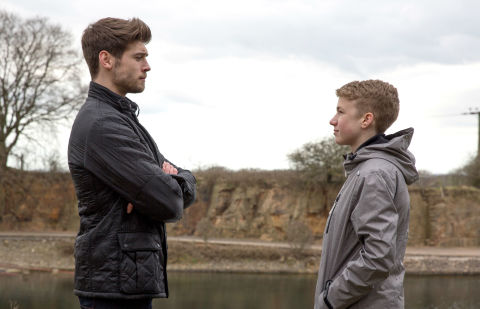 In between running a multi-million pound estate, romancing Debbie, taking care of Sarah and regularly hitting the treadmill, Joe also found the time to get to know his younger brother Noah this year. Despite the big age gap, the pair found common ground and it was nice to see Emmerdale giving young actor Jack Downham more to do.

Refreshingly, Noah wasn’t fussed by Joe’s millions and was far more interested in just getting to know his big bro. With Joe gone, let’s hope Noah’s other older sibling Ryan Stocks is sticking around to fill the gap.

While some Robron fans hated Joe for messing with their boys, we always enjoy it when our favourite characters have someone to fight against. Earlier this year, a big deal was made of Joe’s animosity with Robert, but this storyline seemed to fizzle out without ever properly being explored.

Ryan Hawley, who plays Robert, has made no secret of the fact that he likes the more ruthless edge to his character, so his feud with Joe could have been the best way to bring it out again. A missed opportunity! 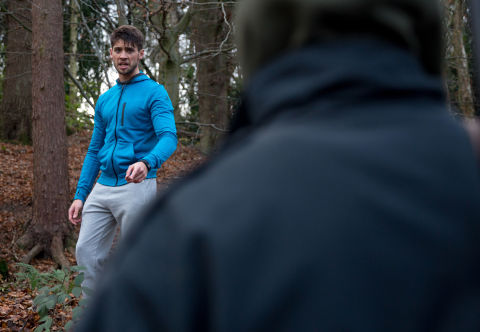 Did Joe ever go for a jog without discovering a secret or spotting something he shouldn’t? His constant craving for exercise provided the perfect way for the Emmerdale writers to sneakily move their stories along, including when he caught Robron locking dangerous Syd McFarlane in a cage near the lake earlier this year.

Our personal favourite was when Joe happened to be running past Mill Cottage, caught a glimpse of Liv’s solicitor, coincidentally knew her from years ago and then convinced her not to bother representing the troubled teen with one day’s notice. What are the odds?

Joe’s bottomless money pit also provided the perfect deus ex machina plot resolutions whenever the hapless villagers found themselves in hot water. Anyone who found themselves under threat from gangsters at the start of a dramatic Thursday night double bill at 7pm, usually ended up thanking Joe for handing over £100,000 to resolve the problem by 8.30pm.

No wonder Kim was so pissed off with Joe for frittering away her fortune, although heaven knows how the villagers will get themselves out of their scrapes now.