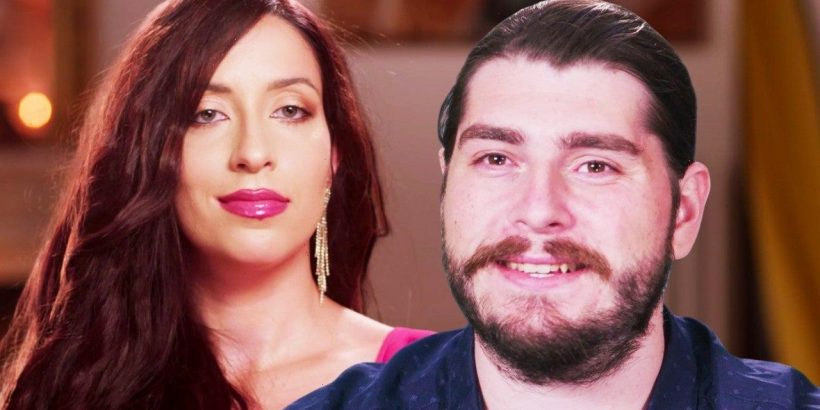 Amira and Andrew weren’t able to work out their issues on part two of 90 Day Fiancé‘s season 8 tell-all special that aired Sunday on TLC. After Amira refused to have any contact whatsoever with her ex-fiancé during her virtual appearance in the tell-all, Andrew refused to participate and ended up going home.

When fellow cast members questioned Amira about why she refused to speak to Andrew, even virtually from France, she said she was scared of him because he would yell at her in the past and she didn’t want to let him have control over her ever again. Even when pressed, she refused to face Andrew and said she was on the verge of a panic attack.

Rebecca was on Amira’s side and pointed out Andrew’s comments before walking off stage.

“OK, so, he said something that kind of concerned me right before he walked off, and I don’t know if anybody else heard it but me and Zied, but he said, ‘The only reason I came here was to be able to talk to her,'” she said. “Now, OK, that didn’t seem bad at first, but the fact that she needed to distance herself from him and then, he only came here to be able to confront her seems a little bit off.”

Amira was still able to tell her side of the story when it comes to her bad breakup with Andrew, and made some bold claims about him. Amira said that almost immediately after they broke up, he went back on the dating site where they connected. She also claimed that he told her that he wouldn’t marry her unless she got pregnant right away after arriving in the United States. One of her more stunning claims was when she said that Andrew didn’t try to contact her at all when she was detained by immigration authorities in Mexico while he enjoyed their planned getaway solo. However, some cast members began to question her after her story changed from he didn’t contact her whatsoever to, “my phone wasn’t full of messages” when she was eventually released from custody after three days.

Natalie echoed, “Please, just give him a chance to be here. I mean, please, it would be fair.”

But Amira would not budge and said she couldn’t see Andrew face-to-face. She said that after a lot of time, she eventually moved on from Andrew and found her “Mr. Right.” When questioned, Amira revealed that her new boyfriend was also from the United States and that she was completely in love with him.

Backstage, fellow 90 Day Fiancé cast members continued to cast a bit of doubt on her story.

“I would never call her a liar because I don’t know the story, but the story seemed bogus to me,” Jovi said, noting that he particularly didn’t believe her story that immigration officials in Mexico detained her without giving her a reason. “I’ve traveled to a lot of sketchy places. They don’t pick people at random and just detain them. You don’t detain somebody for no reason. …I don’t believe either one of them. I think they’re both lying about parts of the story, maybe. “

Mike also was skeptical about Amira moving on.

“She was like, she’s scared to death [of this] man, she’s never going to be the same again. And then she’s like, ‘I’m seeing another guy already.'”

Meanwhile, Zied chimed in, “Maybe she right, but, we need Andrew too.”

For more on this season’s tell-all, watch the video below.