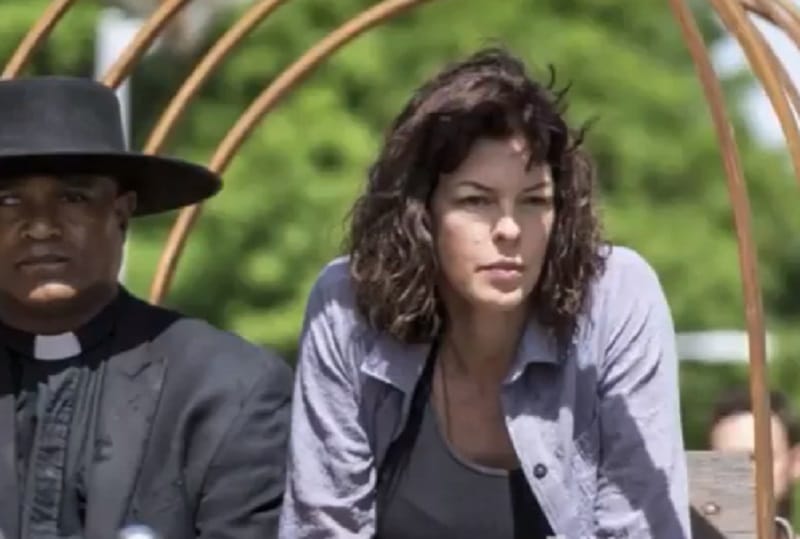 A or B is a big deal on The Walking Dead — but what does it mean? The reference came up during the October 21 episode of the show, and looks like it will be an important turning point.

During the episode, Anne is shown conversing on a walkie with an unknown entity. She mentions that she saw the helicopter flying around, letting viewers know that she has ties to that mystery group.

This is where things started to get very interesting and mysterious…

A or B on The Walking Dead

While speaking to the man on the radio, that entity asks some questions in code. It’s important to note, also, that during the conversation Anne calls herself Jadis.

Anne questions the man about her deal with him, to which he responds again in code. She also asks if he is the one taking out members of the Saviors.

“No pick ups. But the deal still stands. Will you have an A or a B?”

So what is an A or a B on The Walking Dead?

Jadis (Anne) learns that she must retrieve an A in order to fulfill a mystery deal. At the end of her conversation, Gabriel comes upon her, with questions of his own about what is taking place.

He figures out that she has traded people and discovers that she had plans to trade him as well. Jadis ends up knocking out Gabriel, hinting that he is now an A.

While they haven’t explicitly revealed what an A or a B is on The Walking Dead, there have been numerous references to the letter A on the show. Many of them have been linked to Rick Grimes. But what does A mean now? It could stand for a leader. B could then be a follower. That would fall under the understood definitions of an alpha and a beta.

If the mystery camp is asking that Jadis capture an A, they could be asking for a leader. That could certainly lead to a lot of future drama. More answers about what A and B mean on The Walking Dead are likely coming in the next few weeks.

The Walking Dead airs Sunday nights at 9/8c on AMC.