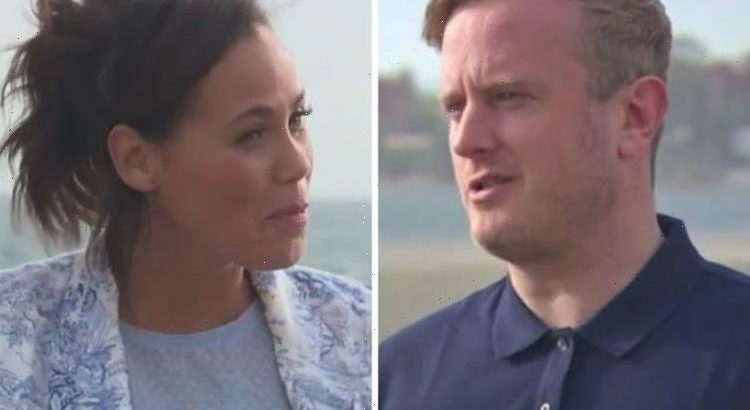 A Place in the Sun: Guest criticises 'clinical' looking kitchen

A Place in the Sun’s Jean Johansson was tasked with finding a permanent home in Spain’s  Costa del Sol for couple Laura and Nick. On the classic episode, which aired on Channel 4 on Thursday, Jean hoped to impress her guests with five properties she had selected. However, she was soon left mortified when Nick labelled one of her choices as “claustrophobic” and “too clinical”.

Laura and her fiance Nick hoped Jean would be able to find them a forever home within their £160,000 budget which would also be suitable for their dog.

Nick, who works as a chef, stressed the importance of needing a home with a good kitchen and Laura wanted a home connected to dog-friendly beaches.

The first property Jean showed the pair didn’t tick all of their boxes, so she hoped her second choice would be a better fit.

However, the property expert was left looking offended when Nick ripped apart the kitchen in the second home.

Nick told her: “For me, I think it’s a little too compact and there’s not enough space.

“It just has a little bit of a clinical feel.”

Jean interjected: “Well, you’re a chef and you want your kitchen to be inviting as it’s the place where you make the magic, isn’t it?”

He went on to say he felt the property was “claustrophobic” and continued to critique the kitchen area.

“In that respect, I don’t think it will work for me,” Nick added.

Jean said it was important for the couple to be able to imagine themselves living inside the property.

“I really want you to fall in love with every room that you walk into,” she added.

Jean asked if their priorities were changing as they originally said they wanted a “modern” and “new” home.

Nick explained: “Now I have seen a home done up to this standard I have realised that it is just too done up.

“So maybe we need a place that we can put our personalities into rather than have a place which is completely done up already.”

“I think I’d want a bigger [kitchen] to work in, just something that works and flows a bit better,” Nick added, rubbing salt into the wound with his brutal take down of the home.

Jean expressed her disappointment over Nick and Laura’s dislike of the contemporary property, but she refused to give up on the search.