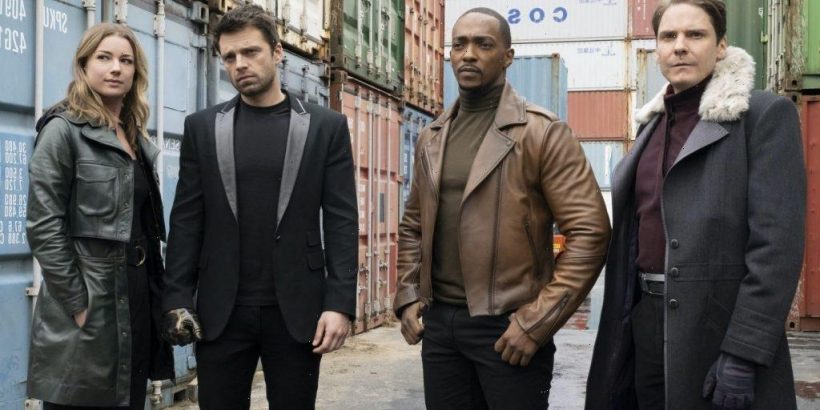 Though 2020 may have delayed a few releases, Marvel is giving MCU fans plenty to enjoy in 2021. After recently branching out to Disney+ series to augment the massive film franchise, the studio is on their second release on the platform and their shows have so far been hits with fans and critics. Some fans were worried about losing some level of detail and production translating the magic of the usually high-budget blockbuster Marvel stories into TV shows, but so far Marvel hasn’t disappointed.

WandaVision earlier this year was a riveting departure from the usual Marvel formula without sacrificing any of the attention to detail Marvel has always been famous for. The Falcon and the Winter Soldier currently airing on the streaming service has proven that the previous show wasn’t a fluke, and Marvel is still the master of lacing delicate attention to detail into their stories.

The Falcon and The Winter Soldier has wowed audiences with its adherence to the style of the franchise, while still telling a culturally relevant and engaging story. The show mostly follows the gritty, geopolitical themes that the Captain America trilogy distinguished itself from the rest of the MCU with. With Steve Rogers gone and the role of Captain America vacant, Sam Wilson struggles with the legacy that Steve passed to him on giving him the shield.

While the original “star-spangled man with a plan” is vacant from the story, the series deals with the complexities of what America is and what Captain America should be as a symbol. This was always a recurring theme of the Captain America trilogy, and the show capably steps in as the successor to the films’ legacy. Though the show is far departed from our own reality now thanks to an increasingly escalating series of catastrophes in the MCU timeline, the story still manages to address surprisingly relevant contemporary issues about how race factors into American identity.

All the big screen details, streaming at home

Fans have been astounded at the depth of detail and the attention that’s been paid to continuity in the new MCU series. Details so obscure they need to be viewed frame by frame to be recognized have been caught perfectly curated to be consistent with the MCU history. On Reddit, one fan points out that in a Smithsonian exhibit on Steve Rogers, there’s a photo of him taken in 2011’s Captain America: The First Avenger.

While it would be normal to find a newspaper clipping of his prior exploits in an exhibit about him, if you go back to the original 2011 scene, you can actually find an extra snapping the picture with a camera from the exact angle the later newspaper clipping would show. This kind of attention to detail may not be noticed by some, but fans that have diligently followed all 25 Marvel properties certainly appreciate the work when it’s noticed. Keeping details consistent over a sprawling universe is a daunting task, but Marvel does it so well it makes their stories much more immersive.

More on the horizon

The MCU is far from done. While fans eagerly await to see how The Falcon and The Winter Soldier wraps up and to find out who ends up carrying the iconic mantle of Captain America, more Disney+ series are already on the way. The end of the series will certainly affect upcoming projects, so there are probably some shows that Marvel has hidden in the near future. The studio has announced, though that Loki will be coming on the streaming service in June, with What if? not far behind.

With the MCU getting more expansive each installment, fans are hoping that no cracks begin to appear in the consistently successful franchise. With attention to detail like audiences have been seeing so far in The Falcon and The Winter Soldier, the MCU seems crack-proof at least for now. So far, it looks like fans can breathe easy because Marvel’s still got it