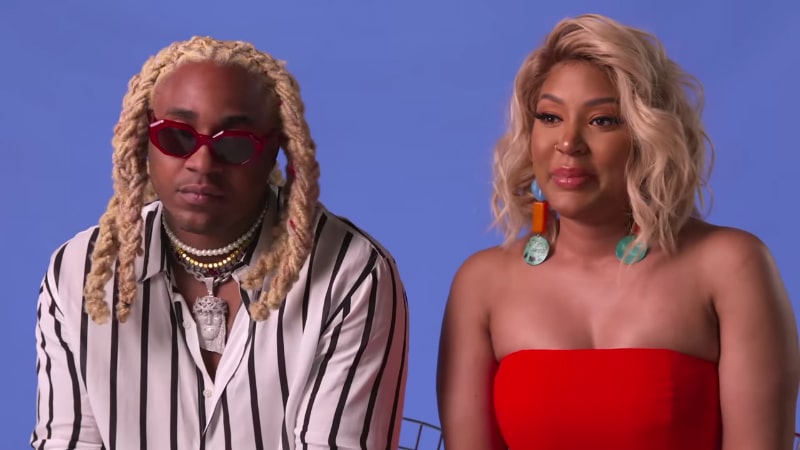 On the upcoming episode of Love & Hip Hop: Hollywood, A1 and Lyrica will be doing the gender reveal for their unborn baby. It’s an exciting time for the couple and this will be the second LHHH baby born this season.

This new bundle of joy didn’t come without quite a bit of drama. At least that’s what we’ve seen so far on Season 5 of Love & Hip Hop: Hollywood after a shocking Lyrica cheating scandal that has left some questioning the paternity of baby Bentley.

Some even questioned whether Safaree Samuels might be the father of Lyrica’s child. It turns out that even A1 wasn’t entirely sure if baby Bentley was his or not so he set to find out via paternity test.

After an even bigger Love & Hip Hop: Hollywood shocker, there have been questions regarding whether RoccStar could be the father too.

To reveal the paternity news, A1 and Lyrica were on The Wendy Williams Show. While there, the Love & Hip Hop stars shared that A1 is indeed the father of Lyrica’s baby.

#PressPlay: #A1Bentley and #LyricaAnderson reveal that he took a paternity test for their unborn child, and confirmed our exclusive from a few months ago that they’re expecting a baby boy!! via. @wendyshow/ @omfgrealitytv

Has that quieted the controversy after Lyrica’s cheating scandal, though? The answer is not really.  Apparently, some still don’t believe that A1 is the father of Lyrica’s baby. One report even says that his own brother is claiming that the DNA test proved quite the opposite.

Is Lyrica having a girl or a boy?

In addition to dishing on the paternity drama on The Wendy Williams show, the pair also revealed the gender of their unborn baby. While Love & Hip Hop viewers will be tuning in for the gender reveal, we already know that the pair is expecting a little boy. Shall we suggest the name A2?

Everybody Tryna Claim Her, but She belongs to Only One … ?

When is Lyrica’s due date?

While Lyrica and A1 have talked about this pregnancy a lot, they haven’t revealed that actually due date for their baby. However, Starcasm did the math and they think baby Bentley will be here in January or February. That is based on Lyrica being three months pregnant at the time of the gender reveal taping that will be included in the upcoming episode.