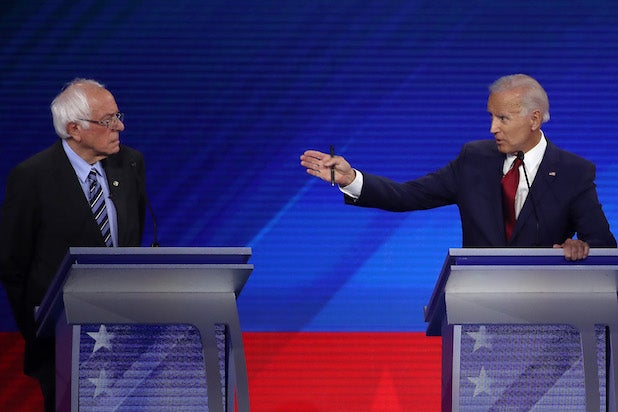 ABC and Univision’s Democratic debate on Thursday averaged 14 million total viewers, according to Nielsen. That was more than CNN got back in July, but less than the NBCUniversal simulcast did in June.

In July’s Round 2, CNN drew 9.2 million total viewers on its first night and 10.1 million on the second.

A month before that one, Night 1 on NBCUniversal channels earned 15.3 million total viewers and night two scored 18.1 million.