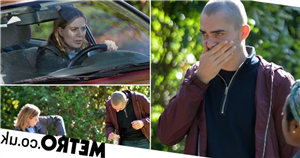 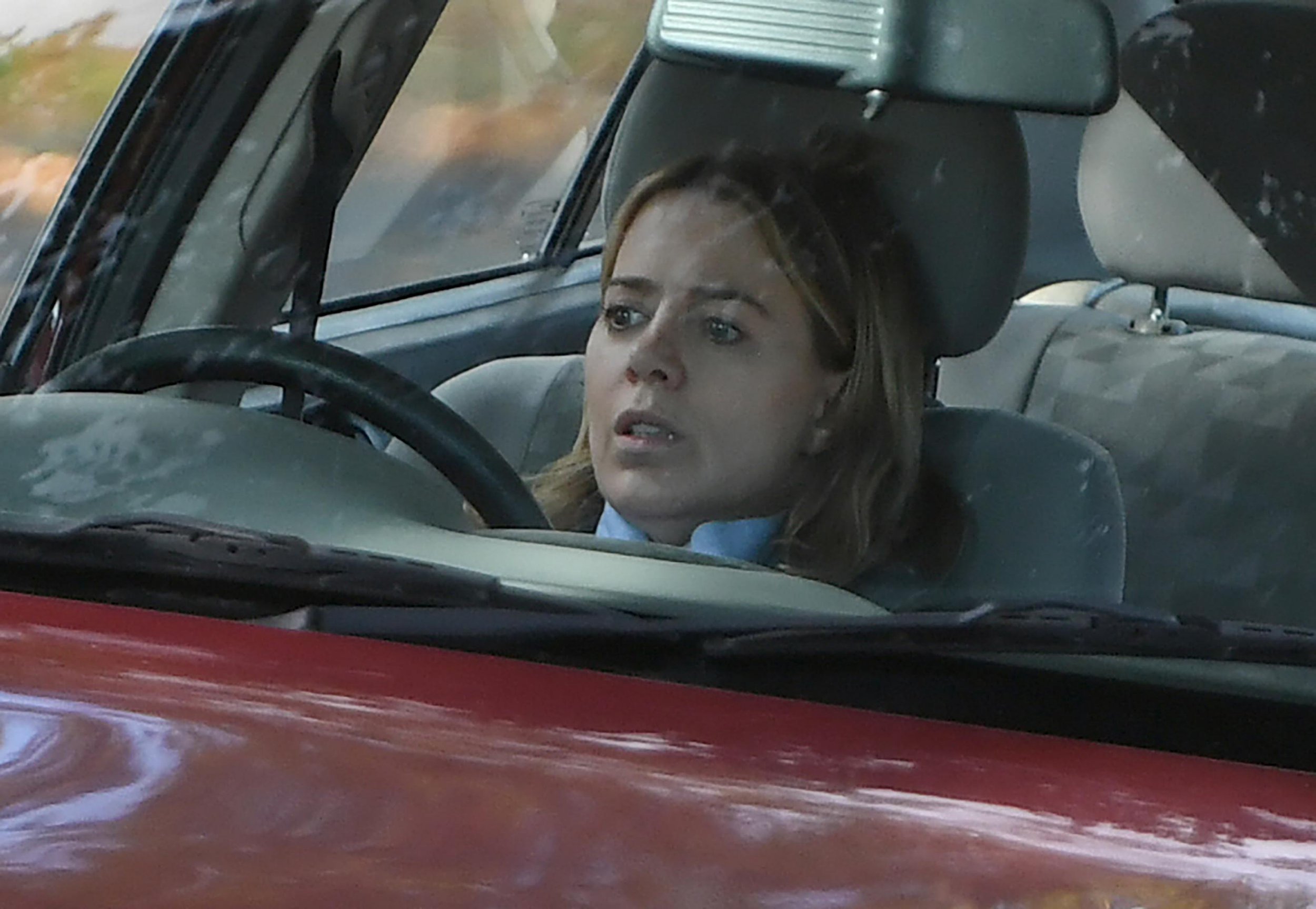 Abi Franklin (Sally Carman) looks set to be gunning for revenge as Coronation Street stars have been filmed in a showdown involving a gun – but will Corey Brent (Maximus Evans) die as Abi determines to take justice for her murdered son Seb?

The Street was rocked by the brutal murder of Seb when Corey and his gang attacked him and Nina Lucas (Mollie Gallagher) in a hate fuelled assault, with Seb later dying.

Abi has been left broken by the loss of her son, a feeling of grief compounded when Corey evaded justice and was found not guilty at court.

But she has sworn that he will pay for his crime one way or another and, if new pictures are to go by, she certainly means it.

Sally and Max were spotted filming tense scenes where Abi is packing heat, watching her potential victim with a murderous look.

Her murder attempt is interrupted when a police officer arrives to speak to Corey so Abi will have to bide her time.

Armed and dangerous, she is unlikely to give up but how far is she prepared to go and is this the end of Corey?

The tense scenes come as Corrie has been filming stunt scenes for its so-called Super Soap Week in October.

Other storylines featured will include the escape of Harvey Gaskell (Will Mellor) as he targets Leanne Battersby (Jane Danson) in revenge after a prison van crash.

Speaking about the major week, Sally recently told Metro.co.uk: ‘There is no way Abi can leave it at that. She can’t let that go, because the injustice is too much.

‘She has a cut-off point and not only has it been reached, it’s been crossed!’

She added: ‘It’s huge, and life-changing and all of those things but it’s like she’s being driven by a force that she can’t stop. It’s slightly out of her hands as well, as she has to do what she’s going to do.’

Mollie also teased exclusively to us: ‘Nina goes on an emotional rollercoaster these next few weeks which is understandable after what she’s been through, but we’re going to see some quite erratic behaviour from her.

‘The scenes we’ve been filming are amazing, so atmospheric, the set design is unreal, it’s been great to be a part of it’

It’s all going to go off with a bang – quite literally.