In a flurry of tweets on Monday, actor John Cusack repeatedly apologised to his 1.6 million followers for retweeting an anti-Semitic meme – after defending why he hit send in the first place.

The offensive tweet, since deleted, featured a black and white cartoon that depicted a giant hand with a blue Star of David imposed on the sleeve, smashing a crowd of feeble-looking people beneath it.

Accompanying the image is a quote mistakenly attributed to 18th-century French philosopher Voltaire: "To learn who rules over you, simply find out who you are not allowed to criticise." The phrase's origin can be traced to white nationalist and neo-Nazi Kevin Alfred Strom, according to USA Today. 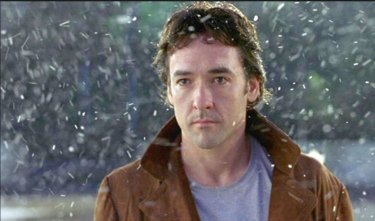 In a flurry of tweets on Monday, actor John Cusack repeatedly apologised for his post.

After hitting retweet with his own words – "Follow the money" – attached, Cusack was immediately met with criticism from fans and followers who recognised the clear anti-Semitic message in the image.

The Say Anything actor initially claimed (in another deleted tweet) that he had been "got" by a "bot," which, in collective Twitter understanding, meant that Cusack's account had been hacked. That easy denial didn't fly. Cusack later claimed that by "bot" he meant "alt right" account. He then added another explanation – that the offensive retweet was meant to criticise Israel's policies against Palestinians, and not to disparage the Jewish faith as a whole.

After numerous attempts at explaining his position as anti-Israel, Cusack eventually admitted the original retweet was indeed anti-Semitic.

"The use of the star," he tweeted, "even if it depicts the state of Israel – committing human rights violations – when combined with anti-Jewish tropes about power- is anti-Semitic & anti-Semitism has no place in any rational political dialoge (sic)."

The actor then pointed his followers to a film he made in 2002 called Max, which explores the relationship between a Jewish art dealer (played by Cusack) and his young student, Adolf Hitler. "I've been digging in deeply to the complexities of the history of antisemitism and fascism for years," Cusack tweeted.