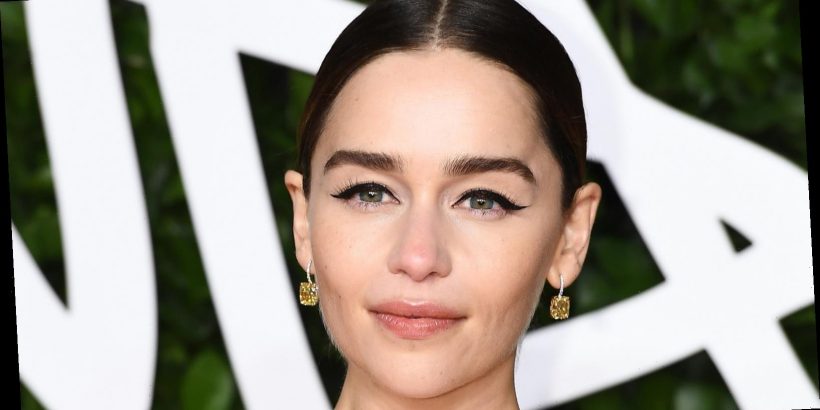 HBO’s Game of Thrones was one of the biggest TV shows during the 2010s. Throughout its groundbreaking and often controversial eight seasons, fans were enthralled with sweeping, epic stories in the mythical land of Westeros. The fantasy series had a huge cast, spanning from the Starks of Winterfell and the mysterious Jon Snow (played by Kit Harington) at The Wall, to Daenerys Targaryen (played by Emilia Clarke) and the Dothraki. Cast members also included Sophie Turner, Maisie Williams, Peter Dinklage, Lena Headey, Nikolaj Coster-Waldau, Gwendoline Christie, and many more.

As the show ran from 2011 to 2019, Game of Thrones wound up on the radar of many other famous actors, too, but not all of them ended up on the show. As you’ll see below, some of them auditioned for roles and it didn’t work out. Others were offered roles, but scheduling conflicts occurred that caused the role to go to someone else.

That means some of the show’s most famous and beloved characters could’ve been played by other actors. Read on to find out which actors said no to starring in Game of Thrones.

According to HuffPost, The Affair star Dominic West was offered a major role on Game of Thrones, but turned it down. In the 2012 interview with the publication, West said he didn’t remember the exact name of the character, but only that it required him to relocate to Reykjavik, Iceland for six months. HuffPost deduced that the role may have been King Beyond the Wall Mance Rayder in Season 3, but that hasn’t been confirmed.

“My nephew and his father said, ‘Gosh, Game of Thrones is the only great show on!’ And I felt terrible, because I’d just turned them down,” West told HuffPost. “My problem is, I’ve got four kids, and at the moment, I’m reluctant to be away from home for a long time. I can get a lot of work in London and still be at home.”

Instead, West starred as presenter Hector Madden on the BBC 1950s period drama The Hour, starring alongside Ben Whishaw and Romola Garai. West received a Golden Globe nomination for the role, so he can’t be all that upset about passing on the HBO hit.

Lily Allen didn't want to share the screen with her brother

British singer Lily Allen actually has a strong family connection to Game of Thrones. Her brother, Alfie Allen, played Theon Greyjoy (who was also called Reek in Seasons 3 and 4) throughout the series’ run. According to a May 2014 Reddit AMA, the series wanted Lily Allen to play Theon’s sister, Yara, but she said no.

“I felt uncomfortable because I would have had to go on a horse and he would have touched me up,” Lily Allen wrote on Reddit. “Once they told me what was entailed, I said no thanks. I would be open to doing a musical cameo like Sigur Ros, though.”

The Icelandic band made a cameo in a Season 4 episode of the series, but unfortunately, Lily Allen’s small role never materialized. A month later, in June 2014, Alfie Allen told Vulture that it wasn’t true that his sister was offered Yara’s role, and that Gemma Whelan (who went on to play the part) was always the producers’ first choice. Very interesting indeed.

Gillian Anderson's daughter couldn't believe she turned down the role

It’s unknown which Game of Thrones role the The Crown actor Gillian Anderson turned down, but she did so to spend more time with her family. And she didn’t just say no to GoT — she also turned down a role on the wildly popular Downton Abbey, according to a 2013 interview.

“Whether it’s Game Of Thrones or Downton Abbey, my 18-year-old [daughter Piper Maru] cannot believe I’ve turned down things she loves,” Anderson told Stylist. “But with a four and six-year-old [sons Felix and Oscar], I can’t justify spending that kind of time away from home, unless I’m working with Scorsese.”

Anderson may not have appeared in those shows, but she has gone onto reprise her role as Dr. Dana Scully in The X-Files revival, play a famous sex therapist with a teenage son in the Netflix series Sex Education, and the divisive UK prime minister Margret Thatcher in The Crown, so hopefully her daughter can forgive her.

Brian Cox made a "silly" decision

Succession fans know Brian Cox as media mogul and Roy family patriarch Logan Roy, but years before that, the Scottish actor was offered a role on another HBO show: Game of Thrones, of course. In a 2016 interview with VODzilla, Cox admitted that he was a “Game of Thrones fanatic,” but he initially turned down a role for a simple reason: money.

“Well, stupidly, I turned it down in the early days because they didn’t pay enough money,” Cox told the publication. “Now they have more money … I was silly, it was silly, because I’m a complete addict now. But I don’t know what I could play.”

In 2016, Cox was very much open to a GoT role. “I’m still waiting for the call for Game of Thrones and if they’ve got more decent money, I’ll be there!” he told VODzilla. Unfortunately, it doesn’t seem like that ever worked out.

Sons of Anarchy star Charlie Hunnam could’ve been one of many cameos in Game of Thrones. The British actor revealed in a 2017 Associated Press interview that he turned down a Game of Thrones cameo offer due to scheduling conflicts. “I would love to do a Game of Thrones cameo,” he told the wire service. “I was shooting something else so I wasn’t able to do it but maybe in the future, who knows.”

Hunnam didn’t specify what this cameo would’ve entailed or if he would’ve played a well-known minor character, but it would’ve been fun to see. Unfortunately, the actor didn’t get to journey into Westeros and appear on the show during its eight seasons on HBO.

But Hunnam has continued his successful acting career since. He has gone on to star in movies like A Million Little Pieces, The Gentleman, Triple Frontier, The True History of the Kelly Gang, Papillon, and Jungleland.

Mark Strong could have been a well-known character

Mark Strong, who starred in the Kingsmen movie franchise, has also turned down a Game of Thrones role. According to Metro UK, the actor was the rumored first choice to play Stannis Baratheon, the almost-king who dabbled in dark magic arts with the witch Melisandre. The role of Stannis ultimately went to Stephen Dillane.

In a September 2019 interview with the publication, Strong declined to confirm he was chosen as Stannis, but he did confirm that he turned down a role on GoT. “I was offered a role in it but I can’t ever say who it was,” Mark said. “Because I don’t want to belittle the person who eventually did it because they may have no idea they weren’t first choice.” Strong also told Metro UK that he didn’t technically turn down the role; it just didn’t work out at the time. “We were flirting a while with it, but I didn’t have to turn it down,” he revealed.

Jonathan Pryce was a no, then a yes

Jonathan Pryce eventually did join the cast of Game of Thrones as the High Sparrow in Seasons 4 and 5. But before that, the actor turned down an earlier role. In April 2015, he told BBC Radio 4 (via Daily Mercury), “I’d said no to the very original series of Game of Thrones and all I did was flip through and look at the names, look on these strange names, strange dialogue and I thought ‘Oh, it’s not for me.'”

When Pryce received the offer of the High Sparrow, the leader of a religious sect, he thought the character was a better fit for him. “High Sparrow, it’s a great character,” he told BBC Radio 4. “High Sparrow comes in as again quite relevant because of the present Pope who presents himself as a man of the people who’ll get down washing their feet and stuff … yet he is this incredibly powerful figure who has the wherewithal to dispense justice.” Needless to say, the role was a great fit for a man of Pryce’s talents — he went on to earn an Oscar nomination for playing the real-life Pope Francis.

Jennifer Ehle was in, then out

The Game of Thrones pilot that we know and hooked us onto the series isn’t the only one that exists. The show had an original pilot that was reportedly terrible and almost prompted HBO to cancel the series, according to The Telegraph. The original first episode, filmed in 2009, had different actors in several roles, including Jennifer Ehle as Catelyn Stark.

Because the pilot was so ill-received, it was completely reshot, according to Screen Rant. Several actors opted out of those reshoots, Ehle included. In a 2017 interview with the Daily Beast, she said that she loved the GoT books and the series. At the time, though, she had just given birth to a daughter and the reshoots were scheduled to occur too soon after. So, Ehle stepped away from the role and Michelle Fairley filled her shoes to portray Catelyn, the protective matriarch of Winterfell.

“I found out that the series was then picked up at the end of working through six months when I really just wanted to hold my baby,” she told the Daily Beast. “I think everything worked out beautifully, because clearly the show is what it was meant to be.”

Ian McNeice was left on the cutting room floor

Ian McNeice was cast as Illyrio Mopatis in the original, unaired Game of Thrones pilot. But much like Jennifer Ehle, he was unavailable to reprise the role in the reshot and retooled pilot; McNeice had a scheduling conflict and had to depart the role, according to Winter Is Coming.

But if you’d like to get a glimpse of what McNeice looked like in GoT costume in the unaired pilot, GoT author George R. R. Martin has you covered. In October 2020, the renowned writer posted a photo of himself and McNeice in the original first episode on his blog, Not a Blog. “We shot the wedding of Daenerys Targaryen and Khal Drogo in Morocco,” Martin wrote. “Ian McNeice played Illyrio Mopatis, a magister of Pentos, and I played one of the wedding guests, presumably another magister. Both of us, alas, were left on the cutting room floor when Dany was recast and the wedding was reshot.”

Ray Stevenson was over TV at the time

Irish actor and Rome star Ray Stevenson is another performer who was offered a role in Game of Thrones’ early seasons, but he turned it down, according to Movies.com (via Looper), because he didn’t want to do another TV show at the time.

“I was offered [a role]. I also saw them before they even started, very early on. I would rather have been [cast] at the beginning,” he told the publication. “I think it’s wonderful, but it’s not something I would come into at this point. I don’t know if I would add anything to it at this stage … I would rather have been involved in the growth of a show, even though everyone gets bumped off left, right and center. I kept seeing all the people I knew from Rome in it! But I can’t, man! I can’t! But good on them.”

So, even though Stevenson and the rest of these stars turned down roles in one of the biggest TV series of all time, it seems that everything worked out for the best.