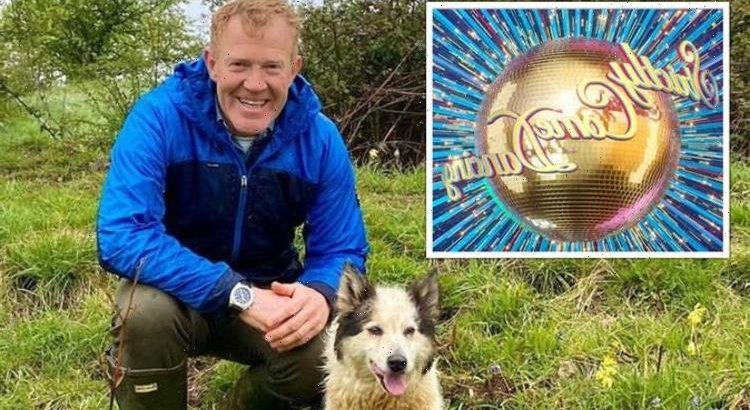 Strictly Come Dancing fans have already begun speculating about who could be in the star studded line-up for the 2021 series. The popular celebrity dancing show is set to return to BBC One this autumn, but Countryfile star Adam Henson has made it clear he won’t be taking to the famous Strictly dance floor anytime soon.

Adam is best known for his expert farming knowledge that he shares with viewers on BBC’s Countryfile.

However, in a recent interview the star revealed he’s previously been approached by Strictly bosses to appear on the hit show.

Speaking about what he tends to watch on TV, Adam confessed he doesn’t watch the celebrity dance show.

He said: “I’m not a soap person, and all those sort of reality-type shows like Love Island and Strictly Come Dancing, I’m not a great fan of.

“I did get asked once to do Strictly, but I’m afraid it was a case of Computer says no!” Adam told Radio Times.

The Countryfile presenter revealed he’d recently tuned into Unforgotten and Line of Duty.

He even admitted to enjoying rival farming show Clarkson’s Farm, branding it “hysterical”.

While Adam has explained his television interests lie elsewhere, it would be incredibly difficult for him to take part in Strictly anyway.

Adam runs his own farm – Cotswold Farm Park – which was originally founded in 1971 by his father, Joe Henson, to help protect some of the rarest breeds of farm animals.

While it is a working farm, there are several aspects which the public can enjoy – camping in tents, lodges and visiting the farm park.

When Adam isn’t busy running his business, he is filming for Countryfile and Strictly fans know the dedication and hours required to make it to the final.

But he didn’t have a farm to run back then – he recently took over his family’s business.

Adam may not be dancing his way into the Strictly ballroom, but there’s plenty of other celebs who have recently hinted at a stint on the show.

TV presenter Emma Willis revealed she’s previously been asked to be on Strictly, but sadly has always been unable to join because of other commitments.

Speaking about the show in a recent interview, Emma remarked: “If I had time, I would do it in a heartbeat. Like, I absolutely love it.

“I’ve been asked in the past but it’s always the time of year when we’re filming The Voice and The Circle,” she explained.

However, Channel 4 recently confirmed that The Circle won’t be back for a fourth series.

Could this mean Emma is available for 2021’s series of Strictly Come Dancing?

“The Circle is not happening this year, but let’s hope The Voice is – otherwise I will be doing Strictly,” she told The Sun.

Strictly Come Dancing is due to return to BBC One later this year.