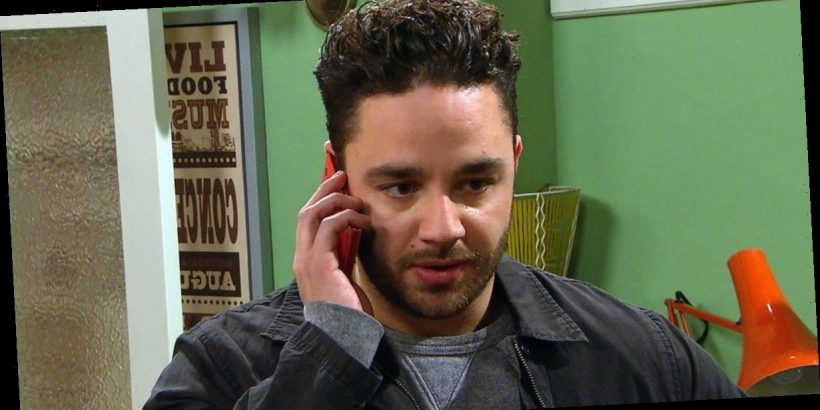 Emmerdale actor Adam Thomas has dropped a cryptic hint he could be about to return to the ITV soap as fan favourite Adam Barton.

The actor, 32, sparked a frenzy from his fans as he shared a cryptic post about picking up a new script.

He wrote on Twitter: "Can't remember the last time I picked up a script… Time to get back."

Despite him not saying what the script was for, excited fans rushed to ask whether it could be for Adam Barton's return to the soap.

One posted: "@emmerdale I blooming hope you are making a return to Yorkshire.

"I need the bromance back with @DannyBMiller."

Another added: "EMMERDALE SCRIPT? adam barton return on the cards? so looking forward to seeing what you do next."

His former co-star Bhasker Patel, who plays Rishi Sharma, also said: "Coming Dales? By any chance! That laughter is well missed in Yorkshire!

"Oh and your Hugs Hugging face! Out of this world!"

Adam replied: "Awww mate I would love to see your face again x."

A third fan chipped in: "ADAM BARTON RETURN PLS ADAM YOU'RE OUR ONLY HOPE."

Adam left his role as farmer Adam in January 2018 after taking the fall for a murder committed by his mum Moira Barton (Natalie J Robb).

He left behind his wife Victoria Sugden (Isabel Hodgins) to go on the run after being broken out of prison by Cain Dingle (Jeff Hordley).

Since his exit, it has been revealed that he has moved on from Victoria and is in a new relationship.

Victoria has also since moved on after being raped by the evil Lee Posner, as she welcomed a son Harry and has found love with his brother Luke.

However, their romance has since hit the rocks as she discovered she was with newcomer Ethan before moving to the Dales.

Viewers know that they were in a relationship, but he has lied to Victoria and said that it was just a one night stand and didn't mean anything to him.

With the truth threatening to emerge sooner rather than later, fans are keen for Adam to finally come back and be with his ex.