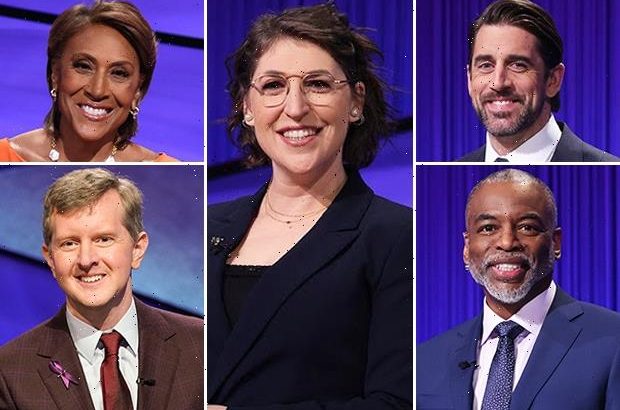 Back to the drawing board, Jeopardy!

On Friday, executive producer and incoming host Mike Richards announced via an internal memo to staff that he would not succeed Alex Trebek as emcee of the long-running game show as planned.

“As I mentioned last week, I was deeply honored to be asked to host the syndicated show and was thrilled by the opportunity to expand my role,” Richards wrote. “However, over the last several days it has become clear that moving forward as host would be too much of a distraction for our fans and not the right move for the show. As such, I will be stepping down as host effective immediately.”

He referred to the recent resurfacing of misogynistic, racist and anti-semitic jokes he told on a podcast that ran from 2013 to 2014, as well as his involvement in discrimination allegations and lawsuits related to incidents during his run as executive producer on The Price Is Right.

Richards, who is staying on as EP, mentioned that the show’s search for a full-time host will continue, and that viewers should expect to see more guests hosts at the podium — similar to the cavalcade of tryouts that led up to the announcement of Richards as daily host and Big Bang Theory vet Mayim Bialik as host of any primetime and spinoff editions of the quiz show.

As fans of the show know, Jeopardy! spent the better part of 2021 auditioning TV personalities to fill the role held by Trebek for 36 years. (Trebek, 80, died on Nov. 8, 2020, of pancreatic cancer.) In addition to Richards and Bialik (and several others), the pool included CNN’s Anderson Cooper and Sanjay Gupta, Reading Rainbow vet LeVar Burton, Today host Savannah Guthrie and NFL MVP Aaron Rodgers.

So let’s pretend you are in charge of choosing the next full-time host of Jeopardy!. Who would you pick? Would you switch Bialik over to day-to-day duties? Would you want to see Cooper or 60 Minutes‘ Bill Whitaker bring their gravitas to the game show? Might it finally be Burton’s time to shine in the position for which he lobbied so intensely? Or would you rather see a brand-new face get a shot at the gig?

In the poll below, decide whom you’d most like to see take the spot Richards so quickly vacated. Then hit the comments with your arguments for your choice and/or against any others!