TV icon Alex Trebek, who tragically passed away on November 8 at the age of 80 from pancreatic cancer, was of course best-known for hosting the game show Jeopardy! for 36 years.

But, besides the beloved game show, one of Trebek’s greatest legacies was his true love story with Jean Currivan Trebek, his wife of 30 years at the time of his death. Many who knew them well considered them to be soulmates. And in his July 2020 memoir, The Answer Is…Reflections on My Life, Trebek couldn’t have agreed more. 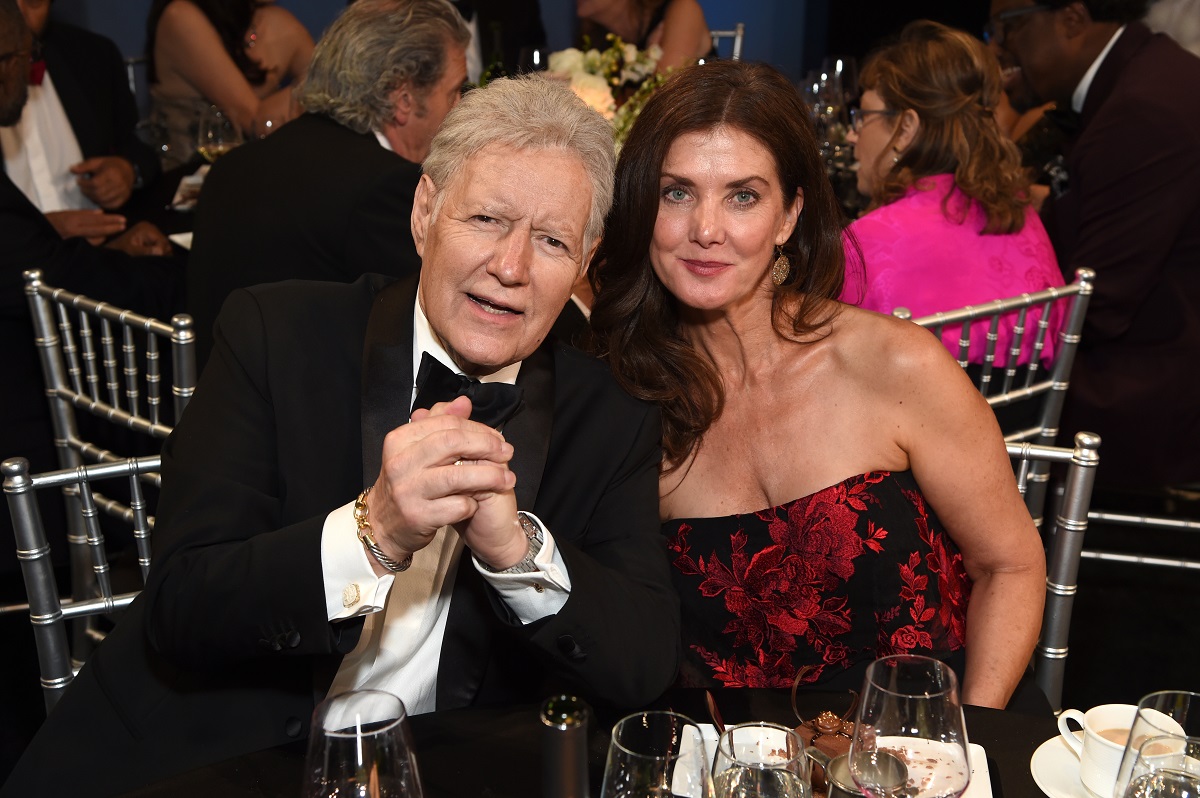 Trebek had already been married once before – to Elaine Callei, from 1974-1981 – when he met Currivan. Currivan was working part-time as a bookkeeper, and her boss at the time introduced her to Trebek in 1988.

In The Answer Is…Reflections On My Life, Trebek gushed about his first meeting with his wife. Almost instantly – within just half an hour of their introduction, in fact – he knew they were meant to be.

“I wasn’t looking for love,” he wrote. “But with Jean, I recognized at a gut level that here was someone who was going to complete me as a human being. She was the most charming person I had ever met; not only polite, but exuding a warmth that showed character and spirituality as well. And she was drop-dead gorgeous.”

Still, their 24-year age difference gave Trebek pause. After all, the game show host was 47 at the time, while Currivan was just 23. But their mutual love helped him overcome his reservations, and the couple was married just two years later.

The ‘Jeopardy!’ host hoped to live out his remaining years with his soulmate

After Trebek was diagnosed with stage IV pancreatic cancer in March 2019, Currivan never left his side. He frequently described her as his rock throughout his diagnosis and chemotherapy treatments, and their bond only strengthened in their final months together.

“She’s kept me alive,” Trebek told PEOPLE, adding that his passionate love fo Currivan drove him to take care of himself for as long as he could. “If it weren’t for Jean, I’d have put myself out of this a long time ago.”

His one regret, he revealed, was that he wished he’d had more time with the love of his life.

The TV legend spent his final hours with Currivan

On November 11, after her husband’s passing, Currivan took to Instagram to share a poignant photo of her wedding to Trebek in 1990.

Thanking longtime fans for their support and love, she wrote, “My family and I sincerely thank you all for your compassionate messages and generosity. Your expressions have truly touched our hearts. Thank you so very, very much.”

Fans offered Currivan an outpouring of support, reflecting on their beautiful love story. Fortunately, Trebek was able to spend his last hours where he spent much of the previous three decades: by his wife’s side.

Fox News reported that Jeopardy! executive producer Mike Richards said of Trebek’s last day: “Even in his book, he described that he wanted his final day to be sitting on his swing next to his wife, Jean, and kind of watching the horizon and he got to do that.” Richards added that the longtime host was also “coherent” and, thankfully, able to experience his last moments with his beloved wife fully.