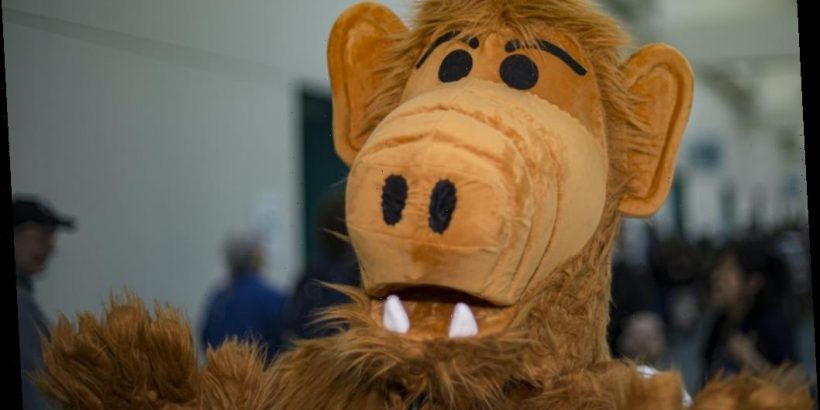 When it comes to TV shows and ’80s sitcoms, there’s no shortage of alien life forms like ALF that bring a little smart-mouthed humor to the small screens. In fact, it was a time when aliens were a popular topic for television, and viewers enjoyed watching them during all their free time. However, it became increasingly more obvious by the day just how impressionable TV could be, and characters like ALF who drank beer and ate cats started to worry NBC Execs.

What kind of animal was Alf?

ALF follows an alien life form by the same name that crash-landed onto earth by mistake and ended up in the garage of a fairly normal middle-class family. The family was the Tanners — Willie the father, Kate the mother, and their two kids Lynn and Brian. Instead of turning him over, they choose to take him in to protect him from curious eyes and the Alien Task Force, a secret form of government created to find and obtain alien life.

It seemed like the most obvious choice since the alien was meant to fix his space shift and head back home in a reasonable time. However, he becomes a loved member of the family after a little while, despite the challenges of taking him in.

Why did Alf eat cats?

ALF — the name of the title character and acronym of Alien Life Form — brought a lot of silly and sarcastic humor to an otherwise boringly normal suburban family dynamic. He had some really weird alien habits that would be appalling for any human to think about doing but could make sense for an alien out of this world.

ALF often looked at cats like a meal, as they were on his home planet, commenting on their tasty appeal and sometimes taking it a step further and trying some things that would be traumatizing if done in real life — especially by or in front of a child. He had also been seen having a beer or two, and although he was old enough in alien life, it still came off inappropriate for children to watch.

Today many viewers would just say, ‘don’t let your kids watch it if you don’t want them to see it,’ but the ’80s TV show mostly appealed to kids whether intended to or not. Between humor that kids could relate to/laugh at and a puppet as the main lead, it was inevitable that a younger audience would eventually find themselves fans of ALF. However, the real problems started when kids began imitating the alien’s actions in their real lives.

According to Mental Floss, this happened on more than one occasion, forcing the network to put their foot down and demand that producers soften ALF’s character a bit. “NBC, which quickly understood ALF’s appeal to children, grew concerned that a beer-drinking, cat-eating alien might be a bad influence.”

“Kids were duplicating what ALF was doing. It was kind of sad in a way,” Paul Fusco, ALF’s co-creator, said. “Some kid put his cat in a microwave because ALF tried to do that once. We had to be real careful … in the pilot, ALF drinks a beer. He’s 200-something years old. We got flak about that,” Fusco recalls. ” [They said] ‘he’s a role model. He can’t be drinking beer.’”

While his actions were never intended to influence children or encourage them to copy ALF, it was happening anyway. For this reason, the alien life form had to be ‘softened’ to be more of a role model and less of a bad influence. Despite being similarly popular with adults, ALF appealed to children also, so the writers and creators had to tread lightly with the title character.