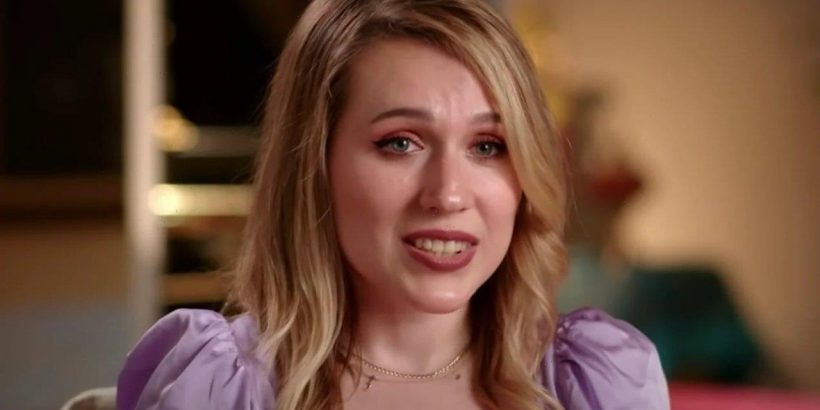 In a statement confirming the firing of the Russian-born reality TV star, TLC stresses that it ‘does not tolerate racism or discrimination of any kind.’

AceShowbiz –Alina Kozhevnikova has been fired from “90 Day Fiance” after her racist social media posts resurfaced online. TLC announced her firing in a statement on Wednesday, January 26.

“TLC discontinued filming with Alina Kozhevnikova following the recent discovery of her past social media statements,” the statement read. “She will not appear on the upcoming ‘Tell All’, any future seasons of the franchise and starting next month, she will no longer appear on ‘Before the 90 Days’.”

Concluding the statement, the network stressed, “TLC does not tolerate racism or discrimination of any kind.” TMZ was the first to report the news.

The said social media posts, which were from 2014 and 2015, have since been deleted. However, Internet sleuths were quick enough to have screenshotted the posts and them circulated on social media over the past several weeks.

One of the posts saw the Russian-born reality TV star using the n-word multiple times on Facebook while describing a party she was invited to. Not stopping there, she continued to use the same racial slur in a Instagram caption. “Yo’ n-word gotta do some gold diggin’,” she wrote alongside a picture of herself as a teenager wearing a bandana with a drawn-on beard.

Alina also mocked Asian and Muslim people in some other posts. She shared a picture of her donning a traditional Indian garment and captioned it, “Got married today! Became a 134th wife!”

Prior to her firing, Alina defended herself on Monday. “Despite what’s being said about me, my friends, family and those who met me in person know who I really am & who I am not. And I know it too [sic] the answers are coming,” so she wrote on Instagram.

Alina wasn’t the only TV star who was fired over old racist posts in recent days. Earlier this week, Jennie Nguyen was axed from Bravo’s “The Real Housewives of Salt Lake City” after she faced backlash over her Facebook posts from 2020 which saw her criticizing Black Lives Matter movement.