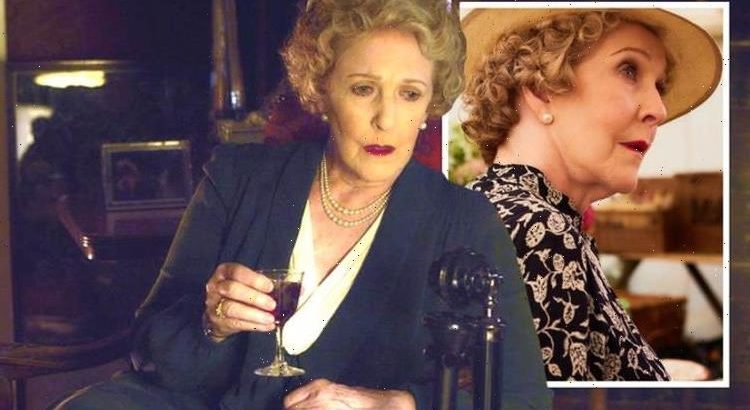 All Creatures Great and Small: Cast on lack of 'villains'

All Creatures Great and Small continues to be one of Channel 5’s biggest success stories. The uplifting family drama has since won over the hearts of viewers in the US, and this is down to the loveable characters. Patricia Hodge stepped in as Mrs Pumphrey following the death of original actress, Dame Diana Rigg, and she spoke out about where her character came from.

Mrs Pumphrey has become a fan-favourite character in the James Herriot (played by Nicholas Ralph) series.

The quirky character lives on her own in a huge house, with her beloved Pekingese Tricki-Woo for company.

She played a huge role in the festive special as she discovered just how much the villagers cared about her.

Having nearly lost her beloved dog to an illness, James and his friends rallied together to make sure her prayers were answered.

Speaking to Masterpiece, she said although Mrs Pumphrey lives a lavish lifestyle, she has a heartbreaking history.

She said: “She has a very lavish lifestyle, but she’s on her own. So I rather projected that she was the wife of maybe a wealthy industrialist, self-made but done very well in life.

“And they had lived accordingly. There is certainly some evidence that she was part of the script that we lost a bit because we decided not to go into it at this point.

“But there’s some reference actually in the Christmas episode when she says she has no children to lavish gifts on.

“That there was a loss, L-O-double-S, of children along the way and could well have been in the War.

“And she makes it, so, in other words, she knows she has a very fortunate lifestyle, but she never loses the fact that she is fortunate and she very much loves being part of the community and being a pillar of the community, of which the veterinary surgery is a very vital part to her.”

The actress said she did not want to overcomplicate her character’s life with her history.

She finds joy in her beloved dog, who has become one of the breakout stars of the show.

Mrs Pumphrey gives back to society through her hospitality.

She was keen to invite James to spend some time on Christmas Day with her, as he had been caring for Tricki.

He almost turned down her offer, but realising how she had been on her own for a long time, he decided to join her.

Thinking she would be spending the festive period alone, she was thrilled when the rest of the Skeldale House team turned up to celebrate with her.

Hodge said she wanted to create a new character in Mrs Pumphrey and not simply recreate Rigg’s portrayal.

The two actresses had met previously and Hodge said it was a memory she would never forget.

Fans have taken to Twitter to share their thoughts on Hodge as a newcomer in the series.

“Got her off to a T. She’s one of the family already. #ACGAS”

All Creatures Great and Small airs on Channel 5 in the UK and PBS in the US.